The chief executive and chairman of National Australia Bank resigned this Thursday becoming the latest in a succession of heads to roll amid scandals unearthed by the year-long inquiry into misconduct in the nation's financial industry.

In a statement to ASX, the country's stock exchange, CEO Andrew Thorburn  revealed he will finish at NAB on 28 February, while chairman Ken Henry  indictated he would retire from the board once a new permanent chief executive had been appointed.

Philip Chronican, a current NAB director with previous banking experience at ANZ Bank and Westpac, will serve as acting chief executive from March 1.

Thorburn said it has been an honour to be the chief executive of NAB, and to have been part of NAB since 2005.

"I acknowledge that the bank has sustained damage as a result of its past practices and comments in the royal commission's final report about them," Thorburn said.

"I have always sought to act in the best interests of the bank and customers and I know that I have always acted with integrity. However, I recognise there is a desire for change. As a result, I spoke with the board and offered to step down as CEO, and they have accepted my offer."

Henry said the board had recognised that change was necessary.

"The timing of my departure will minimise disruption for customers, employees and shareholders," he said.

"This is naturally a difficult decision but I believe the board should have the opportunity to appoint a new chair for the next period as NAB seeks to reset its culture and ensure all decisions are made on behalf of customers."

The inquiry heard how NAB, which is Australia's fourth largest bank by assets, charged almost A$100m in fees to customers without providing them with any service — an abuse that was prolific across the finance industry.

"Having heard from both the CEO, Mr Thorburn, and the Chair, Dr Henry, I am not as confident as I would wish to be that the lessons of the past have been learned," the Haynes report said.

"More particularly, I was not persuaded that NAB is willing to accept the necessary responsibility for deciding, for itself, what is the right thing to do, and then having its staff act accordingly.

"I thought it telling that Mr Thorburn treated all issues of fees for no service as nothing more than carelessness combined with system deficiencies when the total amount to be repaid by NAB and NULIS on this account is likely to be more than A$100m.

"I thought it telling that in the very week that NAB's CEO and Chair were to give evidence before the commission, one of its staff should be emailing bankers urging them to sell at least five mortgages each before Christmas.

"Overall, my fear — that there may be a wide gap between the public face NAB seeks to show and what it does in practice — remains," Haynes added.

The Royal Commission also heard how NAB counter staff in parts of Sydney accepted cash bribes in white envelopes to facilitate loans based on fake documents to hit sales targets.

The bank probe has cost other high level bankers their jobs. As Bloomberg reports, AMP CEO Craig Meller was forced to resign after the company admitted it misled the regulator over charging customers for services they didn't receive. AMP's chair Catherine Brenner followed less than two weeks later, along with general counsel Brian Salter.

Andrew Hagger, NAB head of consumer banking was fired in an executive reshuffle in September after he was grilled at the Royal Commission over his communications with the regulator on the bank's fees-for-no-service scandal.  However, he has landed on his feet and is now working with mining billionaire Andrew Forrest.

IOOF head Chris Kelaher and chairman George Venardos were forced to step aside aside from the wealth managing company in December after the prudential regulator took court action to disqualify them and three other executives for allegedly failing to act in the best interests of superannuation members.

Freedom Insurance CEO Craig Orton quit  in November, having earlier told the Commission about the firm's tactics of cold-calling people to sell life insurance, including to a 26-year-old man with Down syndrome.

As the fallout from the Royal Commission report continues,  AMP, one of the companies at the centre of the overcharging scandals highlighted by the inquiry, announced on that Paul Sainsbury, the head of its wealth management division, would leave the group.  Sainsbury was grilled during the inquiry hearings over AMP's charging of life insurance premiums to customers who had died. 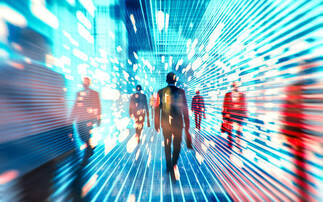