He succeeds Christian Heger. Heger has been a member of the executive board since 2001 and played a decisive role in shaping the company's success in this role. As a chief investment strategist, he has also made a name for himself with comments and assessments of the market. Heger, who spent around 35 years in various positions for HSBC, is leaving the bank at the end of December. 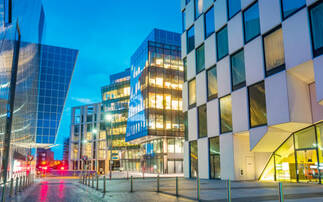