Value of FCA fines down 88% in a year

The value of fines handed down by the British watchdog FCA has dropped by 88% in a year but the average amount individuals are being pursued for has increased.

An analysis of the FCA's enforcement database shows that fines handed down by the regulator so far this year fell to £27.6m, down from £229.5m in 2017, according to research from law firm Clyde & Co.

Last year, the average fine against individuals was £63,200. This has increased to £185,700 this year, a near three-fold increase.

"The sharp drop in the value of fines over the last year does not paint the full picture. Last year there were a number of record-breaking fines against companies that somewhat skewed the figures," Charles Kuhn, partner at Clyde & Co, said.

He highlighted Deutsche Bank's £163m penalty in January 2017, which was an FCA record for money-laundering failures. Similarly, Rio Tinto was given another record-breaking fine of £27m in October 2017 for listing-rules breaches.

Kuhn continues: "City executives should certainly not be breathing a sigh of relief. The FCA has made a conscious effort to put the onus of responsibility on individuals. The introduction of the Senior Managers Regime is testament to this and the statistics demonstrate that this approach might be starting to bear fruit."

Clyde & Co explains that the Senior Managers Regime (SMR) has placed the onus on managers to take responsibility for their own actions and those of their staff.

This follows on from last year, when the FCA's head of enforcement, Mark Steward, announced that it would be opening more cases sooner but that it should not be afraid to dropping them if there is no evidence of wrongdoing.

"The FCA has its foot firmly on the gas. However, it has come under some criticism over taking too long to prosecute and with a record number of cases in the pipeline some are questioning the regulator's capacity to handle so many investigations.

"Eventually, these cases will be concluded and we could see a continual uptick in the level of fines levied against individuals," Kuhn said.

Nick Bayley, managing director  of the Compliance and Regulatory Consulting practice at Duff & Phelps said: "Enforcement in the UK has undergone a significant shift and the recent drop in fines signifies the end of the big benchmark manipulation cases. The increased focus of many regulators around the world on individual accountability, led by the UK with the roll-out of SMCR, should lead to more and bigger fines against individuals in due course.

"However, enforcement cases against individuals are almost invariably harder fought, less likely to settle and therefore will typically take much longer to result in a public outcome.  This is one of the key enforcement challenges the FCA faces in the next few years, how to show the new individual accountability regime really has some teeth, when there are few public outcomes to point to."

Senior managers and key non-executive directors risk fines or bans from the industry unless they can show they took all reasonable steps to prevent wrongdoing within their teams. There is also a parallel criminal offence of recklessly mismanaging a financial institution that fails. The new rules came into effect in March 2016. 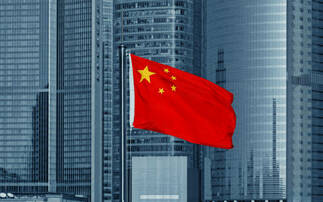