Kames Capital has lost its co-head of fixed income Stephen Snowden and head of high yield David Ennett, in a wave of departures from the firm.

Following Snowden and Ennett out of the company are fund managers Stephen Baines and Juan Valenzuela are also leaving the business "to pursue other interests".

In light of the departures Kames has announced a raft of changes to its fixed income team, including the appointment of several co-managers

The firm said the changes will not impact the funds' investment process or strategy due to its team-based approach.

Adrian Hull, previously the co-head of fixed income alongside Snowden, will assume sole responsibility for the fixed income team.

Kames chief investment officer Stephen Jones, said: "We operate in a very competitive market, one where we have seen a good degree of change recently across the whole sector.

"We are not immune and while it is always disappointing to lose members of the team, it allows us to promote from within and refresh and recruit where appropriate and necessary.

"I would underline that at Kames we operate a team-based approach with a longstanding tried-and-tested investment process across all asset classes with significant resource directed to fixed income where we remain committed to the market.

"This has really ripped the heart out of the experienced team at Kames and leaves their capability significantly weaker." 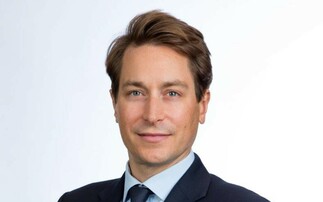