It's a hard job to transition from presidential candidate to president. This is what Mr Alberto Fernández is now finding, as he shifts towards presidential mode after becoming a clear favorite to win the October presidential elections following his shock win in the preliminary polls in mid-August.

The markets are now listening to his every word as if he were in office and Mr Fernández now has two constituencies to speak to - the electorate and the market.

Following his poll win, Mr Fernández shifted into pragmatic presidential mode, giving reassuring messages to the markets. However, he still has an election to win and a few days ago, to soothe his electoral base, he took a dig at the International Monetary Fund and the current government, holding them responsible for…

But the markets were also listening and Mr Fernández's timing couldn't have been worse. His rhetoric came just before a rollover auction of Treasury bills. According to most market participants, in order for Argentina to meet its liquidity needs for the remainder of the year, an approximately 50% rollover rate was needed. The result was that only 10% was rolled over, making the auction a complete failure.

As a result, the finance minister, Hernán Lacunza, announced plans aimed at calming markets and easing the current economic pressures. As of writing, he did not achieve the former, and the latter remains to be seen.

Mr Lacunza is quoted in the Financial Times as saying that the current situation is "due to short-term liquidity stresses and not due to problems with the solvency of the debt." But the message he is sending during this volatile time is "what's next"? Will international investors be faced with negotiating a restructuring in the near term? Is this a liquidity issue that will turn into a solvency issue?

Our view is that this is a liquidity issue, and not yet a solvency issue. Bonds are now trading far below average sovereign recovery rates, but then again, this is Argentina, so investors still have in their minds the harsh restructuring of 2005. We believe that a harsh restructuring is not in Argentina's interest, the previous one resulted in numerous holdouts, with bonds that had been bought by "vulture funds" causing Argentina headaches for a long time. This is something we are confident that Mr Fernández realizes and will work hard to avoid.

Mr Fernández's rhetoric will most likely become increasingly presidential and pragmatic towards markets as the elections draw closer, but there will be moments when he plays to his gallery. However, let's not forget that he is coming to a set table thanks to incumbent President Mauricio Macri, who has implemented many of the necessary reforms, which, we believe, Argentina desperately needed.

We expect Argentine assets to remain jittery for the next few months as the elections approach. Not because of any uncertainty regarding the election outcome, as it now looks like a done deal. But rather, because Argentina's future direction is unclear. 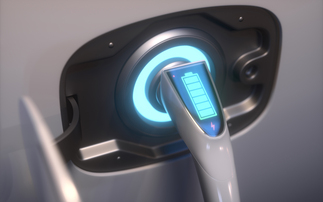