Book review: Chief Value Officer - Accountants Can Save The Planet

With the spectre of “Spreadsheet Phil” delivering his first Budget speech still fresh in people’s minds, it seems a good time to consider the crucial role accountants  often play in today’s world. Which is exactly what Mervyn King and Jill Atkins do in their just-published book,  Chief Value Officer – Accountants Can Save The Planet, tax commentator Gerry Brown tells us here, in his review…

When I was training to become a chartered accountant in the 1980s, the Monty Python team regularly poked fun at those in the accounting profession. Particularly memorable was their Accountancy Shanty, from their 1983 film, The Meaning of Life, which goes like this:

“It’s fun to charter an accountant
And sail the wide accountancy,
To find, explore the funds offshore
And skirt the shoals of bankruptcy!”

Back then – and even today, I would guess, for the most part – accountants were seen simply as the recorders of business transactions. So exactly where, one can’t help wondering, could planet-saving ever possibly come into the, pardon the expression, equation?

The authors of this book are eminent academics, (and if you’re wondering, as I was, one of them is not a former Bank of England governor). This particular Mervyn King, it seems, is a professor in the College of Economic and Management Sciences, of the University of South Africa, whereas his co-author, Jill Atkins, holds a chair in financial management at Sheffield University Management School in the UK.

In essence, the authors argue that conventional accounting has had it day, and should be replaced by “integrated reporting”.

Company reporting should, they add, include not only financial data, but information on the company’s interaction with a host of stakeholders (including the environment).

Early on, they explain. “This book brings together a whole range of mechanisms critical to attaining a corporate governance that enhances value for shareholder and stakeholders, for the company, while at the same time enhancing societal welfare,” they write.

“[These] are also mechanisms that can, if properly applied, avert ecological disaster and literally ‘save the planet’.

The idea that directors should act in the interests of all “stakeholders”, rather than merely the company’s shareholders is not, of course, new. The UK’s 2006 Companies Act, for example, provides that “a director of a company must act in the way he considers in good faith would be most likely to promote the success of the company for the benefit of its members as a whole… but they must have regard to wider interests including employees, customers, suppliers and the wider community”.

The idea in both cases is that shareholders can no longer be seen as the sole owners of companies.

Which may not be all that bad a thing, if you consider, as the authors do, how dedicated modern shareholders are, on average, to the companies they own shares in, as measured by how long they typically hold those shares.

According to some astonishing data compiled by the University of Essex and shared with us here by King and Atkins, shareholders in 1960 tended to hold onto their shares for an average of five years. That figure had dropped to three months by 2008, and last year, it fell to a hard-to-believe 22 seconds.

The authors note that from the late 1990s onwards, it was known that up to 80% of companies’ market value was made up of so-called intangible assets, although this varies widely between industries and companies.

Still, what this means is that institutional investors have to assess such variables as the long-term strategy of a company, its reputation in the society in which it operates, how it monitors its supply chain, its relationships with its stakeholders, the quality of its governance, and how its business activities impact on the economy, society and the environment.

These aren’t easily monetised concepts, and the obvious conclusion is that the shareholders therefore may well have less of an “interest” in a company than many other stakeholders.

So is this important?

King and Atkins conclude that it is. They cite results of a 2016 PwC survey of 1,400 chief executives from 84 countries, which found that 82% said they prioritised long-term profitability over short-term profits, and 76% said they agreed with the statement that business success was about more than just financial profit.

In that context, they add, the chief financial officer  “has to add value by taking account of the interconnection and interrelationship between the inputs into a company’s business model, how the company makes its money and the outcomes of how it does so.

“It will be seen that to describe the person who is looking across the whole value creation process as a financial officer is a misnomer. He or she should more correctly be called the chief value officer, the CVO!

“And why does the accountant fall into the role of CVO? Because there is none other who can fill it!”

The authors go on to argue that current accounting training won’t equip accountants for the new role of CVO, and make a convincing argument for changes to the accountancy training curriculum.

I found this book an interesting read. There has been a move towards corporate social responsibility over the last thirty years, and integrated reporting is an extension of this.

The book contains numerous examples of companies that already have had to report more than financials when communicating with their investors and analysts. Coca-Cola, for example, owing to its issues with the amount of sugar in many of its products, is named in this regard; so too are BHS, the troubled UK retailer, and BP, as a result of its Deepwater Horizon disaster, in which 11 people died.

Certainly anyone interested in the communication of business information, in the widest sense, or who works in the field professionally, would benefit from reading this book.

Currently, too much corporate information is given in coded, and often impenetrable, language that’s designed to meet the letter rather than the spirit of regulatory requirements.

It would be refreshing if corporate performance were to begin being communicated in a way in which the layman could understand it.

Perhaps integrated reporting is a step along the way; and the CVO acronym will one day become as well-known as CFO and COO, on the seas of the Pythons’ mythical wide Accountancy.

This review originally appeared in the March 2017 issue of International Investment, which may be viewed online by clicking here.

Are best practices being reinvented in hedge fund risk compliance? 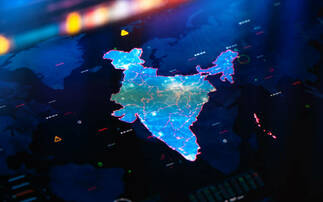 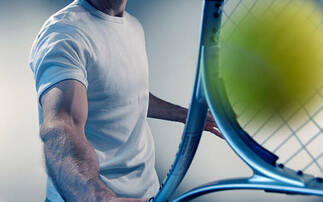