Hong Kong’s notoriously expensive property market took a major hit in January, recording its lowest volume of sales since 1991, according to local estate agency Centaline Property Agency, as the continuing financial turmoil in nearby mainland China and other factors weighed on investor confidence.

And that wasn’t the only bad news for property investors in the former British colony: according to a report in the South China Morning Post, hiring conditions in Hong Kong’s financial sector are at the same level as they were during the depths of the global financial crisis.

Meanwhile, the number of Hong Kong homeowners who owe more than the value of their property “has shot up for the first time in nearly a year and a half,” as property prices fall faster than expected amid a market turmoil while new flat supply is set to climb to a 12-year high, the SCMP said on Friday, citing fresh data from the  Hong Kong Monetary Authority. The HKMA said that the estimated number of residential mortgage loans that are in so-called negative equity was 95 as of December, with a combined loan value of HK$418m (£37m, $53.63m).

Centaline, as reported by the South China Morning Post and Bloomberg, said that 394 units were sold in the first 27 days of January. That’s 80.3% lower than December figure.

Prices have also fallen by 9.7 per cent since their peak in September 2015, Centaline said.

But they have a long way to go – by global standards, anyway. As reported here last week, Demographia’s latest International Housing Affordability Study revealed that  Hong Kong’s is the most unaffordable housing market in the world. The study found the median house price in Hong Kong in 2015 was 19 times the median annual income, while the top 13 most affordable cities were all in the US. 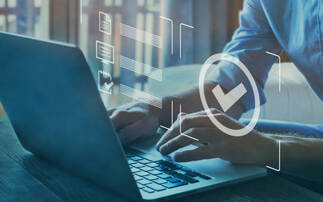