ECB meeting…gently down the stream

The European Central Bank’s (ECB) Governing Council met yesterday, marking the first of a series of high profile meetings scheduled over the next few days (the Federal Open Market Committee (FOMC) meeting on July 27th, the Bank of Japan (BoJ) meeting on July 29th, Bank of England (BoE) on August 4th), which have become a strong focus for investors globally.

Past experience taught us never to take Mario Draghi and the Council for granted: whenever they needed to, they managed to surprise the market and that’s why yesterday’s meeting was one to watch. The monetary stimulus is meeting its objectives of reducing credit fragmentation, and spreads between core and peripheral European government bonds. The programme has still quite a few months to go before its initial “end-date”, and more importantly the ECB has managed to provide stability to both Government and Corporate bonds during the past few volatile weeks.

No news is good news: the Governing Council kept all key policy rates and asset purchases unchanged. Monthly purchases in particular have exceeded, so far, the ‘target’ of €80bn per month. He said that at the moment the stimulus package in place is sufficient – but that the ECB won’t hesitate to add fresh measures if needed.

It ain’t over till it’s over: the current Quantitative Easing programme was initially scheduled to go on until March 2017, but Mr Draghi stated that (i) the programme will run until a “sustained inflation adjustment” is seen and (ii) should the economic scenario deteriorate significantly, the Governing Council would act by using all instruments available within its mandate.

“Believe me, it will be enough”: Draghi famously spoke these words in 2012, and they echoed in our mind when he said he would “stress readiness, willingness and ability to do so” regarding the ECB’s attitude to tackle any negative impact of Brexit on the broader European economy.

Non-Performing Loans (NPL’s) and Banks: When asked about initiatives to address the current NPL problems that the European banks (and Italian banks in particular) are facing, Draghi said that addressing legacy NPL issues “will take some time” and, more importantly that any public backstop would be a useful measure but that it will need to be “agreed with the European Commission according to existing rules”.

Lastly, Draghi reiterated that actions beyond monetary policy are the job of politically elected representatives – and that governments should support monetary stimulus with reforms aimed at raising productivity and improving the business environment.

The market reaction to the meeting was relatively contained: we saw core rates correcting on the back of the lack of “new” news, and we share this view. We think this was a reassuring performance on behalf of the ECB, but a non-event from a market perspective.

We think investors are now in a “one down, four to go” mode and are awaiting for actionable catalysts from the meetings of FOMC, BoJ and BoE, as well as the results of European Banking Authority (EBA) Stress tests expected over the coming ten days.

Monte dei Paschi - which way will it go? 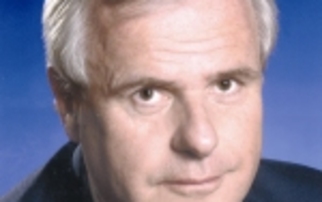