“It’s currently a very volatile period for fixed income markets with severe weakness in high yield (HY) and emerging market (EM) sectors. Much of this weakness has been driven by the collapse in oil prices and the direct impact of that on cash-flow expectations for companies that have HY debt (mostly in the US) and countries that are oil producers (Russia and Venezuela). The contagion to other parts of the HY and EM complex has been through aggressive allocations away from these sectors. Significant outflows have led to widespread weakness in all parts of HY and EM debt, even to those companies and countries that would be beneficiaries of lower oil prices. As such, year-end risk aversion is causing major price dislocations, exacerbated by very poor levels of liquidity in the market.

“For much of the first two thirds of 2014 we were of the view that fixed income as a whole was expensive and that there were few obvious value opportunities in a market that was dominated by central bank liquidity provision. That is not the case today as HY and EM credit spreads have widened significantly, particularly in the last couple of weeks, while core government bond yields have traded lower despite the potential for improved global economic growth as we head into 2015.  The spread on the US HY index has moved from 335bp in late June to 552bp today. The European index has widened from 299bp to 415bp in the same period and the JP Morgan EMBI index has jumped from 255bp to just shy of 400bp. In absolute terms this means that US HY now has a yield to worst of 7.11%, the European index yields 4.43% and emerging market hard currency debt is yielding above 6.0% on average with some names currently trading with a yield much higher than that.

“As we look to 2015 there are three themes that we would like to focus on as being the key drivers of fixed income performance – 1) monetary policy divergence in a growth divergent world; 2) the ongoing influence of secular forces that keep bond yields low; and 3) how the desire for yield could bring stabilisation to HY and EM bond sectors.

“The first theme of monetary policy divergence has been with us for some time. The Federal Reserve (Fed) is expected to start raising rates in 2015, as is the Bank of England (BoE). At the same time the European Central Bank (ECB) and the Bank of Japan (BoJ) will be easing in terms of continuing to raise the size of their balance sheets by purchasing sovereign and private assets. There has been a great debate amongst economists about what the terminal rate of interest will be in the next economic cycle and current yield curves do not price in a very high rate (nor much in the way of term premium either). Yet it is surely the case that on a 1-2 year horizon, US rates will be higher than European and Japanese rates. We have factored in some probability of the ECB pursuing sovereign quantitative easing (QE) in the next 6 months and this could contribute to a further widening of the US treasury – bund 10-year spread to 180bp from the current level of 140bp. We also believe it means a stronger dollar.

“One theme that could follow on from this is at some point a re-allocation out of European fixed income into the US in both the government and credit sectors. The big risk here – and it would cause a significant re-pricing of European core and peripheral fixed income – is the possibility that the ECB is not able to expand its balance sheet because of political and legal challenges that would severely weaken the credibility of the institution. The personal position and power of Mario Draghi remains crucial in that respect.

“The second theme is more secular. As Morgan Stanley recently pointed out, there continues to be a deficiency of global demand as a result of the financial crisis and the remaining levels of indebtedness in developed and emerging economies. Fiscal tightening, bank deleveraging and more cautious behaviour on the parts of consumers and companies are all responsible for the demand gap. The result is an excess of savings over investment, collapsing prices for global goods (commodities) and an excess of liquidity provision from central banks to counteract the deflationary aspect of this. These have all contributed to low bond yields. Will any of this change in 2015?

“Demand could be helped by lower oil prices in oil importing economies as consumers and businesses will benefit from a major decline in energy costs that will boost consumer spending and help debt adjustment. The US already seems to be benefitting from this oil price boost to income. So some of the demand gap may be closed a little.  On the flip side, the savings surpluses of oil producers will be reduced. This will mean lower capital flows from places like Russia and the Middle East, although at the same time Asian oil importers like Japan and China may see their current account surpluses boosted by lower oil import costs. On balance, given demographics, the global savings surplus relative to investment is not likely to change that much.

“Lastly, we know that central bank liquidity will continue to flow. Various QE policies have left central banks owning 20%-30% of the stock of outstanding government debt and ongoing QE usually means that much more of that in terms of the share flow is purchased. The BoJ has stepped up its QE and many are now expecting the ECB to enter into large scale asset purchases. This liquidity will help keep global bond yields low, although given where they are I would not be surprised to see yields rise somewhat if the ECB does announce sovereign QE. It could be the biggest example of “buy the rumour, sell the fact” that we have ever seen.

“The secular forces of deficient demand and demographics mean that the bid for high quality fixed income assets will remain strong and there will be a limit to how far bond yields rise. We expect the Fed to raise rates next year and see strong US growth, but are only forecasting a rise in US treasury yields to 3.0%. As such, we fully expect the search for yield to resume in early 2015 and that is why we think some increased exposure to HY and EM debt should be considered early next year. It may need a stabilisation of the oil prices and some clarity on how much damage has been done to economies like Russia and Venezuela, but as so many other assets have been de-rated in this current sell off there will be some opportunities to buy assets where the pricing and fundamentals have got out of line.

“Our tentative forecasts suggest that the best returns will be in US and European HY, European peripherals and hard currency EM debt. Risk aversion and awful liquidity is currently forcing markets to overshoot and this will create attractive entry levels for investors looking to boost the book yield on their portfolios at the beginning of 2015. Unlike last year, core government bond yields are ending 2014 at close to all-time lows, and markets are pricing in very little in terms of higher nominal rates or higher inflationary expectations. The risk is that this is wrong, there are upside risks to growth and rates markets will need to adjust somewhat.”

Roubini: China is at a critical tipping point 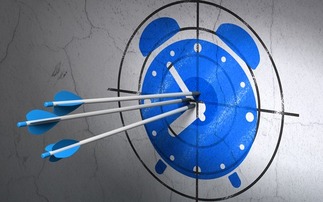