Tapping into the digital economy

It’s hard to attach a value to ‘digital economy’ benefits for any given company, but earlier this year the US mega-deal between Verizon and Yahoo gave us an example of how much it can cost to get your digital strategy wrong: $350m. This is the amount by which Verizon dropped its original $4.8bn bid due to the cyber data breaches in 2016 which hit over 1bn Yahoo users.

There have been many well-publicised cyber attacks in recent years – including TalkTalk and Tesco Bank – and the technological threat from an increasingly digital world is all too clear. While it may seem somewhat of a tired cliché to refer to technological change as both a threat and opportunity, in our investment experience this still rings true.

Some traditional industries such as travel, music and retailing have been severely disrupted by digital upstarts such as Airbnb, Spotify and Amazon, whereas other industries including computing infrastructure, data analytics and cyber security have emerged only because of digital technology. But the dichotomy between new and old industries is increasingly less stark as the digital economy becomes inextricably intertwined with the traditional economy.

As managers of a micro cap fund, we believe a large number of the potential ‘winners’ from the growing digital economy sit within our investment universe. Small companies can often be the biggest beneficiaries of new technology as they can use it to ‘level the playing field’ and disrupt established industries.

Online clothing retailer ASOS is a good example. It was able to grow so successfully from its micro cap roots precisely because its model has enabled it to be far nimbler and more responsive to changing consumer shopping habits than its large high street peers.

In our experience, a distinguishing factor between those companies capable of exploiting the opportunity and those that are instead weakened by new market entrants, is a pre-existing barrier to competition. As a team, we prioritise intangible barriers above all others, believing them to be more difficult than tangible assets for competitors to replicate.

These barriers to competition afford companies the time to respond to technological advances and seize the digital opportunity for themselves, while also frequently providing them with captive customer bases into which they can market their new digital offerings.

At the risk of oversimplification, the broad benefits of the Digital Economy are threefold: higher revenues, increased efficiency and stronger customer relationships.

As is so often the case, some specific examples of companies reaping these benefits can be far more informative than a theoretical overview.

Starting with higher revenues, some companies simply would not exist were it not for the digital economy. Software companies are an obvious example. These feature heavily in the Liontrust UK Micro Cap Fund, making up almost a third of the portfolio.

One such software provider is DotDigital, whose core product enables email marketing automation. It allows marketing teams to build, launch and manage customer engagement campaigns quickly and efficiently, and to monitor vast amounts of useful data in terms of how people are engaging with the campaign.

Outside of pure software companies, other businesses can use digital technology to enhance their existing, more traditional offerings and generate higher revenues. Sprue Aegis is a manufacturer of smoke and carbon monoxide alarms which has recently done this by adding network connectivity to its products, a development that will in future allow remote monitoring of alarms by customers such as the fire service.

Another example is Vianet, a producer of telemetry monitoring systems for the leisure and vending markets. By using its installed base of internet-connected telemetry hardware to suck data into a software management platform, the company is helping its pub and hot drink vending customers to better manage their estates.

Confidence towards US equities is not justified - La Française 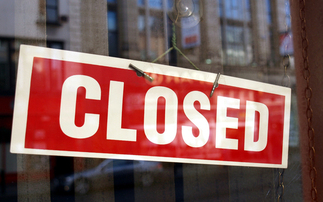