A UK exit from the European Union would in all likelihood damage the UK’s world standing, throw into question the European project and have the potential to generate a global shock that would spark significant volatility across risk assets.

Since the beginning of the year, concerns have grown about the possibility of the UK opting to leave the European Union in the upcoming referendum, now scheduled to take place on June 23rd. I believe any immediate reaction to the UK voting to leave would be a weaker pound and weaker UK assets, since markets really dislike uncertainty. However, I am not convinced that the long-term economic impact would be particularly negative.

In fact, the impact of a weaker pound could if anything provide a boost to UK exports. In addition, we don’t believe that many countries in Europe would simply stop trading with the UK if it opts to leave the EU.

In addition, Brexit would create political uncertainty in the UK as it is highly probable that Prime Minister David Cameron would be forced to step down. We also believe that the UK leaving would create an existential question surrounding the future of the European project. In countries such as France, Poland and Spain, formerly fringe parties are making big headway in the European political scene.

A UK exit would in all likelihood increase the popularity of anti-establishment movements active across the continent. This, in our opinion, could create volatility across risk assets, one reason why at the recent G20 meeting Finance Ministers warned that Brexit could generate a global shock. With all this in mind, we have positioned the fund in an attempt to mitigate these risks.

For much of February UK assets were under pressure as investors sentiment toward the UK turned negative on fears of a ‘Brexit’. Since then, we have seen something of a rally as risk has been back in vogue as investors have realised that UK corporates are generally in good shape. It’s worth remembering that a benign interest rate picture combined with economic strength should enable many of the companies we own to pay down debt that bit quicker.

The UK remains a core allocation within our global portfolio. The fund’s exposure to the UK currently stands at around 28% of the fund, with banks making up around half our exposure. There are several reasons why we like the UK.

Firstly, we believe that monetary policy is likely to remain loose for some time to come. In fact, the market currently expects no rate rise in the UK until late next year.

Secondly, the UK economy is in relatively robust shape and has outperformed many of its peers globally.

Finally, we prefer UK banks to those in the eurozone because we believe they are, broadly speaking, the healthiest banks in Europe. This is crucial since the days when bondholders could expect to be bailed out in the event of a bank failure appear to be over. Tax payers have no more appetite to bail out bondholders, in our view.

We suspect there could be more bond bail-ins over the next 12 to 24 months, so avoiding unhealthy banks is crucial at this stage. The UK financials we like include the likes of Lloyds, RBS, Nationwide, Coventry and Barclays.

Today, the fund holds almost a third of its assets in high-quality sovereigns such as the US and Australia, which tend to perform well on days when risk assets are weak. This assisted the fund’s performance in January and February. In addition, we currently hold about 2% of the fund in gold mining convertibles which have performed well of late as gold is now being perceived as a safe haven asset.

There are many problems that the world has to contend with. In November, a crucial US presidential election will take place whose outcome is far from certain. Whoever wins, it feels as though there will be significant changes in US policy. In addition, China’s economy continues to weaken. As a key importer of goods and services from many countries, China’s slowdown has important global ramifications. All these factors suggest to us that now is a time to tread carefully.

Carmignac: Oil most bullish commodity for 2016 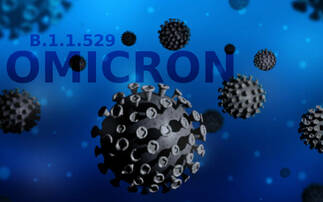