The fallout from the “bail-in” of Cyprus continues to rattle markets as investors digest the details of the deal and the implications of subsequent statements and “clarifications” by Eurogroup president Jeroen Dijsselbloem, who initially suggested Cyprus might form a template for other re-structuring.

The fallout from the “bail-in” of Cyprus continues to rattle markets as investors digest the details of the deal and the implications of subsequent statements and “clarifications” by Eurogroup president Jeroen Dijsselbloem, who initially suggested Cyprus might form a template for other re-structuring.

“Dijsselbloem’s efforts to backtrack on his earlier comments could not have been much more unsuccessful,” according to a morning note from Alpari Research. “Once again, the damage has been done and it’s going to be very difficult for Dijsselbloem or any other officials to fix this in the short term.”

“Eurozone leaders have repeatedly stressed in the last couple of weeks that Cyprus is a “one-off” and a “special case”. However these comments just go to show that we were right to be sceptical.”
Prolonged closure of Cypriot banks, as well as confusion over the capital control measures to be introduced to contain the flight of cash from Cyprus, added to scepticism about an EU solution.

“All those who dismissed Cyprus as a minor problem, were not looking at the larger picture, that Mr. Dijsselbloem’s ill-chosen comments bought very much to the fore yesterday afternoon,” commented BMO Capital Markets, in a trading update. “Suddenly precedents and capital control talk was recognized for what it was: a major change in the ideal of the single currency, that had to undermine it.”

Luca Paolini, Chief Strategist at Pictet Asset Management, noted: “The botched bailout of Cyprus, the political deadlock in Italy and the country’s subsequent credit rating downgrade by Fitch to BBB+ serve to remind investors that the euro zone debt crisis remains unresolved. Cyprus shows how a small problem can easily morph into a crisis if not properly managed.”

“Our view is that the bail-in of depositors in Cyprus cannot be simply dismissed as a containable, local problem; it could potentially be a watershed event, undermining ECB president Mario Draghi’s pledge last year to do “whatever it takes” to save the euro.

“The handling and terms of the Cyprus bailout threaten to undermine long-term confidence and trust in European institutions at precisely the wrong time. At a minimum, it represents a policy mistake, one that EU officials may come to regret should the euro zone crisis take another turn for the worse, a scenario we view as highly probable.”

Peter O’Flanagan, strategist at Clear Currency observed: “The problem with any “unique situation” is that its solution sets the precedent for other similar issues.”

“The Cypriot bailout has been in Euro leader’s crosshairs since Greece was discussed last summer, it is not something that has come out of the blue. But it was taken for granted that a satisfactory solution would be found for Cyprus after leaders had successfully negotiated bailouts for larger, more structurally important nations to the Eurozone.

“Last week’s proposals to plunder deposit accounts has undermined the security that investors and savers thought they had…irrelevant of the outcome, the trust in the Eurozone and ECB that was in place from last July has been undermined. People have raised questions on the effectiveness of the ECB and its proposed assistance programs like the ESM and OMT.”

London and capital’s Chief Investment Officer Pau Morilla-Giner noted that the Cyprus saga “has already led to a flight to quality (US and German bonds) and a sell-off in risk assets after a volatile week for global markets”. “The aftermath of the crisis is likely to undermine the ability of other weak European banks to keep depositors, attract capital and will inevitably threaten economic potential in countries already labouring under austerity.”

Threadneedle Investments CIO Mark Burgess said the negative impact that political battles can have on economic activity was evident at the end of last year with the fiscal cliff negotiations in the US, but encouraging data had prompted improved forecasts for US earnings growth, in contrast to that in Europe.

“This reflects the very sluggish European economy and the impact of the recent rally in the euro on overseas earners and exporters. The attempt to apply special taxes to depositors, as part of the Cypriot bailout, has important ramifications, both economic and political, sparking fears over contagion and depositor flight in other peripheral countries and boosting anti- EU sentiment within the eurozone.”

The gold price rallied around the future of Cyprus, and of the European Union as a whole, spurred demand for safe-havens. Gold ETCs saw the biggest inflows in seven weeks, totalling US$139.4mn.

“The deal sets a precedent of haircuts to be sustained by depositors,” said Nicholas Brooks, Head of Research and Strategy at ETF Securities. “This risks reducing the already shaky confidence of depositors in other European banks and has reminded investors of continued unresolved large financial system and sovereign debt vulnerabilities. Gold naturally benefits from these concerns.”

Eric Chaney, Head of Research AXA IM and Chief Economist AXA Group, noted that in February, the Dutch government nationalised SNS Bank NV with a bail-in of its equity holders and junior stakeholders (up to Tier 2 bondholders).

“The fact that bail-in has become the rule for subordinated debt is illustrated by rating agencies having withdrawn sovereign support from related ratings. The potential for bail in suggests that the implicit ratings support enjoyed by senior financial debt holders on account of the sovereigns’ own long-term debt ratings, is lost. When senior debt for highly systemically important EU banks can include up to three notches of ratings uplift for possible government support, this is by no means a trivial matter.

“In what will surely change the constitution of the capital structure of banks over time, the EC has suggested the use of subordinated debt instruments as bail-in eligible liabilities above and beyond those that will qualify as regulatory capital under Basel III. AXA IM Research teams therefore expect an increase in subordinated issuance, particularly subordinated Tier 2 capital.”

“For banks, Tier 2 is the cheapest capital structure to use to build a bail-in buffer. Like Lower Tier 2, non-called Tier 1 debt is also valuable in building the bail-in buffer, even if it is not Basel III compliant. Nonetheless, as more Tier 2 debt is issued, less Tier 1 capital is required and we believe this is likely to be the point of greatest impact for a change in the structure of the existing Western European bank capital.” 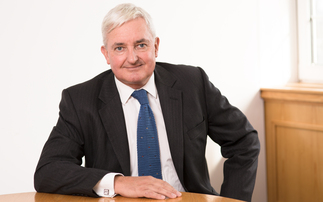 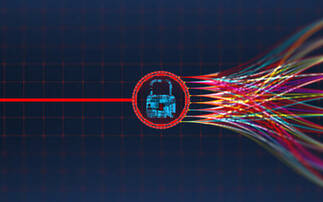 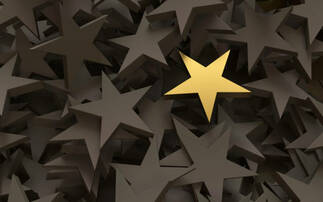