Global macro and CTA strategies can act as good diversifiers as they typically perform well when markets become volatile.

According to Hedge Fund Research, macro hedge funds were up 1.79% and 0.12% in July and August respectively. The Barclay CTA Index shows that managed futures gained 0.16% in August.

By contrast, the HFRI Equity Hedge (Total) Index was down by 0.25% in July and 4.1% in August while the HFRI Fund of Funds Composite Index lost 2.1%.

Benzaken believes Lyxor can bring on board some of the best managers running these sought-after strategies due to its well developed relationship with fund managers across Europe having researched them for over seven years.

The onshore Ucits platform also gives offshore managers access to investors they would not usually be able to approach such as high net worth individuals and private banks across Europe.

Benzaken also believes the Ucits framework can open new doors for managers, particularly in Asian countries such as Korea and Chile in South America.

The fund, run by London based Old Mutual, runs a quantitative equity market neutral strategy. It was selected due to a “growing appetite for Ucits alternative funds” from investors, Laurent Seyer, chief executive of Lyxor, said.

People moves around the industry 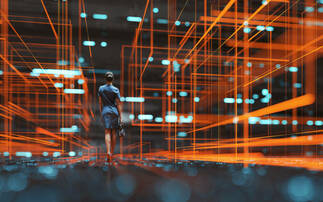