Optimum AM says it sues Vatican Bank over Budapest investment

Three weeks after published reports indicated that the Vatican Bank had started legal proceedings in Malta against what it said were “various third parties” in connection with “certain investment transactions”, a European asset manager has said it is counter-suing the Catholic Church’s banking entity, also in Malta.

Optimum Asset Management is suing the bank – formally known as the Istituto per le Opere di Religione, or Institute for the Works of Religion (IOR) – for a number of reasons, including “defaulting on contractual commitments” having to do with a major redevelopment of the famous, Beaux Arts Exchange Palace building in Budapest, a spokesperson for the Berlin-based asset manager told International Investment.

He didn’t say which court the lawsuit was being filed in.

As with the Vatican Bank’s lawsuit, first reported on 10 October in the Maltese press, Optimum’s action is taking place in a Maltese court because Malta is where a property investment affiliate of Optimum, Futura Investment Management, manager of the fund named by the Vatican in its lawsuit, is based, Optimum said.

That fund was the so-called Futura-Kappa fund, which acquired the 50,000-sq-mtre Budapest Exchange Palace in 2013, with plans to redevelop it on behalf of investors.

According to a statement issued in response to a request for information, Optimum is taking its action against the Vatican Bank because it says the bank failed to follow through on payment of an outstanding sum of €24m it had committed to in 2013 – out of a total contractual commitment to invest €41m in the then-beginning redevelopment of the Exchange Palace – has been holding up the project.

This in turn, it said, has cost it and the other investors in the project additional, as-yet-unknown sums, due to the costs of running the structure, including implied financial costs. The development of the project has now recommenced, with expected completion in 2018 or 2019.

The Vatican Bank’s decision to go to court in an effort to get back the €17m it had invested in the Futura-Kappa fund in 2013, Optimum suggested in its statement, was seen as a formal indication, in the absence of any other evidence, that it had no intention of following through on the outstanding €24m.

Optimum said in its statement: “The development of the building had to be suspended for some time due to lack of resources, which was a direct result of the IOR’s failure to honour its contractual obligations. Works have now resumed.

“In June 2017, after months of negotiations, IOR rejected our offer to purchase its shares in the Futura-Kappa fund.

“This offer was rejected without the benefit of an exploration, a dialogue or a counter offer of any kind.

“We believe IOR is desperately seeking an excuse for failing to comply with its contractual obligations.

“We are [taking this action because we are] committed to protecting the interests of our other investors in the [Futura-Kappa] fund, and that of other constituents, including our companies, employees and managers.”

The Budapest building that the Futura-Kappa fund has invested in, pictured below, is being developed by a well-known Canadian developer, Michael Tippin, who bought it in 2006 with plans to develop it as “Exchange Palace”, a prestige period office and retail space, according to a story in The Financial Times published earlier this year.

The Tippin Corporation website also contains information about the development, in addition to photographs of the complex now and as it looked in its glory days. It now has offices in the building, according to its website, a fact confirmed by a spokesperson.

“Built in 1905 as a majestic bourse befitting the dual capital of the Austro-Hungarian empire, its trading life was cut short by the postwar Communist regime, which converted it into the headquarters of state broadcaster MTV,” the FT article notes.

Originally planned for completion in 2014, it adds, builders thus far have “only finished the complex process of stripping back the Communist-era alternations that scarred the original floor plan and concealed its decorative features…Most of the building remains unlit.”

In a statement today, the Tippin organisation confirmed that Optimum AM was responsible for an “indirect co-investment in the landmark Exchange Palace redevelopment project in Budapest”, explaining that the two organisations together indirectly co-own 100% of the property. And, it said, Optimum, and its chairman, Alberto Matta, had its full support.

“Press reports of litigation between Optimum and one of its limited partners does not concern us, nor does it have any impact on Exchange Palace project,” the Tippin organisation said.

“Optimum and its fund investors remain committed to the redevelopment of Exchange Palace, as Budapest experiences an unprecedented period of growth and prosperity.”

Matta, it said, has an “exceptional record of real estate investment in Europe and US” and is “recognised as one of Europe’s most astute property investors”.

As reported by Investment Europe’s sister publication, International Investment, on 10 October, news that the Vatican Bank had begun legal proceedings in Malta emerged in a statement issued by the Vatican press office, which was quickly picked up by a number of Maltese publications and other media organisations.

The Times of Malta quoted a Vatican spokesperson as saying that the matter dated back to the beginning of 2013, and reportedly involved investments initially worth €17m.

The paper said the Vatican bank had taken its action “against four companies and two individuals”, the names of which it didn’t reveal. Two of the companies have Maltese directors, the ToM added.

Since the election of Pope Francis in 2013, the Vatican Bank is reported to have closed thousands of accounts as part of a major clean-up effort. The bank’s main purpose to look after Vatican employees, church officials, the church’s charitable works and its global army of priests and nuns, but it has been dogged by money laundering and tax evasion claims dating back decades.

What is 'spooking' fund managers this Halloween? 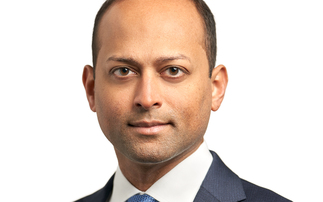 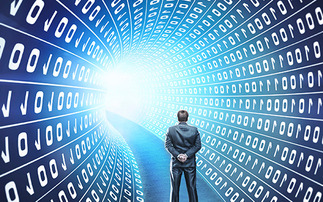 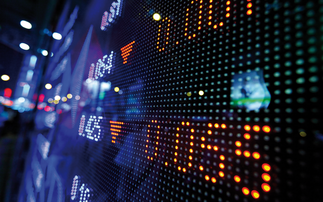