Equities held by Norway’s Government Pension Fund Global, the so-called Oil fund, accounted for the majority share of returns made over the past year, the fund’s manager Norges Bank Investment Management has reported.

The fund passed key milestones over the year: on 26 April, 2017, the market value passed NOK8trn (€831bn), and on 19 September it reported a market value over $1trn equivalent.

The reported return was 0.7% higher than the benchmark used.

Yngve Slyngstad, CEO of Norges Bank Investment Management, added: “The fund’s cumulative return since inception has passed 4,000 billion kroner (€416bn). One out of four kroner return was generated in 2017, after a very strong year for the fund. Again, our equity investments returned strongest with a return close to 20%.”

Currency changes helped, as a weaker NOK against several key currencies increased the fund’s value by NOK15bn. The reported net withdrawal from teh fund was NOK61bn (€6.3bn).

“Viewed over a longer period, management costs have risen more slowly than assets under management. At the same time, the management of the fund has become more complex. This illustrates that Norges Bank has realised economies of scale,” the report states.

Video highlights of the report (in Norwegian)

The Government Pension Fund Global is committed to an ESG stance, and will actively de-select holdings if the related companies are deemed not to meet the relevant criteria. That policy will persist.

The annual report does not go into detail on how the fund might make greater use of private equity investments in future.

This was floated in a letter to the Norwegian Ministry of Finance on 8 January this year, in which Norges Bank responded to a 29 June, 2017 letter from the Ministry asking it to consider whether an adjustment should be made to allow the fund to invest in unlisted equities.

Besides noting analysis on the risk/reward merits of such investments, Norges Bank noted that the existing mandate, which allows participation in primary markets (IPOs) had rarely been used, because of the need for companies to also meet the other selection criteria applicable to any investment held. It also added that should the mandate be adjusted: “To begin with, the Bank will consider investing in or alongside private equity funds. Such a strategy will require the Bank to have good manager evaluation skills.”

Overall, however, the conclusion is that such investments ought to be allowed.

Currently, therefore, Norges Bank, and its asset management arm NBIM are awaiting confirmation that unlisted equity investments can be pursued. 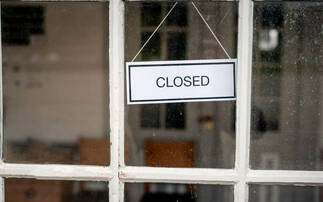