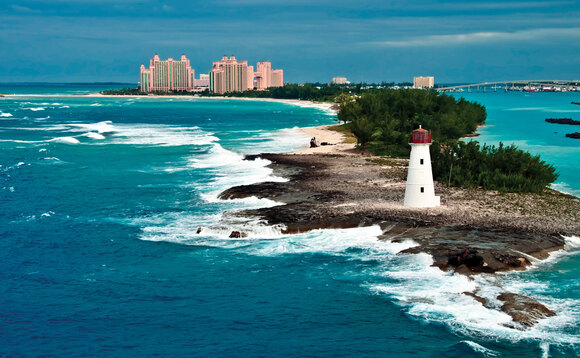 New revelations published by ICIJ (the international consortium of journalists), the German newspaper Süddeutsche Zeitung and news organisations from Europe, South America, Asia and Africa reveal fresh information about a series of offshore companies in the Bahamas.

ICIJ announced this evening that it is making details from the Bahamas corporate registry available to the public. This creates, for the first time, a free, online and publicly-searchable database of offshore companies set up in the island nation that has sometimes been called “the Switzerland of the west.”

Rudd, who became an MP in 2010, has not responded to the BBC’s questions about the firms and the role she played in them. There is no suggestion she herself used the companies to avoid tax.

The Bahamas has been criticised for holding out against international attempts to improve transparency and crack down on tax evasion and avoidance. Last year the European Union listed the Bahamas among 30 unco-operative tax havens.

Earlier this year, Rudd, who was appointed home secretary by Theresa May when she became prime minister, defended David Cameron over his investment in an offshore fund set up by his late father in the Bahamas.

Rudd did not mention her own experience of offshore investment funds, but stressed that “international transparency on tax matters is essential”, the BBC report said.

Rudd’s directorships were discovered among details of more than 176,000 companies set up in the Caribbean tax haven that have been leaked to the media.

Former EU commissioner Neelie Kroes is another one of the more prominent names that has emerged via the cache of leaked documents that provides names of politicians and others linked to Bahamian companies registered between 1990 and 2016, ICIJ reported.

Kroes was noted for warning big corporations that they couldn’t “run away” from the European Union’s rules. As the EU’s commissioner for competition policy from 2004 until 2010, she was Europe’s top corporate enforcer and made Forbes magazine’s annual list of the “World’s 100 Most Powerful Women” five times, the report said.

ICIJ’s research and database highlights that Kroes didn’t tell European Commission officials in mandatory disclosures – that she had been listed as a director of an offshore company in the Bahamas.

Kroes who was listed as director of a Bahamian company from 2000 to 2009, according to documents reviewed by the ICIJ, said through a lawyer, to ICIJ and media partners that she did not declare her directorship of the company because it was never operational. Kroes’ lawyer blamed her appearance on company records as “a clerical oversight which was not corrected until 2009.”

Details of Kroes’ link to the offshore company are among the revelations found in a new leak of documents, received by the German newspaper Süddeutsche Zeitung and shared with ICIJ, that disclose details behind companies incorporated in the Bahamas.

Kroes rejected any criticism of her business activities. Her lawyer said she denied that “she was ever conflicted by ties to the private sector.”

The declarations to the European Union that omitted mention of Mint Holdings were “made in good faith” and “to the best of her knowledge,” Kroes’ lawyer said. “The assumption was that she was no longer a director after the company was no longer needed.”

“Mrs. Kroes will inform the President of the European Commission of this oversight and will take full responsibility for it,” Kroes’ lawyer said to the ICIJ.

The ICIJ said that the new information reveals previously unknown or little-reported connections to companies owned or run by current or former politicians from the Americas, Africa, Europe, Asia and the Middle East.

In the Bahamas’ capital, Nassau, company documents can be consulted in person. An online registry, in theory, serves the same purpose. Yet the information in the online registry maintained by the Bahamian government is often incomplete. In addition, retrieving one company’s documents will cost at least US$10, in conflict with the recommendation of the international association of company registries, which discourages search fees.

The data released by the ICIJ today involve the basic building blocks of offshore companies: a company’s name, its date of creation, the physical and mailing address in the Bahamas and, in some cases, the company’s directors.

Unlike the Panama Papers, 11.5 million often-detailed emails, contracts, audio recordings and other documents from one law firm, the information listed in the new Bahamian documents is plainer — if still fundamental — in content, ICIJ said.

The new data does not make it clear, for example, whether directors named in connection with a Bahamian firm truly control the company or act as nominees, employees-for-hire who serve as the face of the company but have no involvement in its operations.

When paired with the Panama Papers, the Bahamas data provide fresh insights into the offshore dealings of politicians, criminals and executives as well as the bankers and lawyers who help move money.

The new leaked documents include the names of 539 registered agents who serve as intermediaries between Bahamian authorities and customers who wish to create an offshore company.

Among them, ICIJ said, is Mossack Fonseca, the law firm whose leaked files formed the basis of the Panama Papers. The firm set up 15,915 entities in the Bahamas, making it Mossack Fonseca’s third busiest jurisdiction. At one point, Bahamian companies were among Mossack Fonseca’s best-sellers.