Jonathan Clare recalls the strikingly different Mexico of the 1990s, and looks at the country’s prospects today under a new, left-wing, administration.

The Mexico of today is very different from the country I first experienced in the late 1990s. Back then I was based in Mexico City – the local population was still reeling from a banking crisis and severe recession.

Talking to locals in the fashionable coffee shops you would hear of the steady exodus of the middle class from the sprawling metropolis. There was a sense of gloom that the Institutional Revolutionary Party’s long stranglehold on Mexican politics would never end. Investor confidence was pretty low and lawlessness was a constant worry.

The bleak financial news and security risks preyed on people’s minds, but there were some notable compensations, principally the idyllic beaches and a world-class cuisine. Today, high-levels of crime continue to scar the nation, but the country has undergone an economic transformation – and one that has not been confined to the urban and industrial centres in Mexico City and Monterrey, where gleaming office blocks dominate the skyscape.

Since the PRI lost power in 2000, successive governments have worked hard to forge trading relationships with some 44 countries, as far afield as Israel and Japan. The previous perception of a tourism-and agriculture-based economy no longer holds. The country has diversified to include a variety of sectors from chemical, telecommunications and automotive, to energy to name just a few.

Taking the lead
Mexico is recognised as the leading emerging market in Latin America, while top Mexican companies are significant players across the Americas, Europe and Asia through a wave of mergers and acquisitions over the last decade. Increasingly, they are helping to drive growth in these markets. CEOs of top local conglomerates I speak to enthuse about the opportunities they have forged by connecting and partnering with research and development centres and companies in the UK, Germany and Switzerland.

Some question whether the recent economic progress, albeit sluggish of late, can be maintained following the election victory in July of the leftist Andres Manuel Lopez Obrador (popularly known as AMLO, an acronym of his initials). His key campaign theme was curbing corruption, which remains a national scourge. More broadly, though, Mexicans are still trying to gauge what his leadership will mean for the country, in particular its impact on foreign investors in the energy sector.

AMLO has sought to salve business fears over the direction he will take by insisting there will be no nationalisation and promising fiscal discipline. But over time he will come under pressure from his support base of those “left behind” by the country’s revival to introduce populist measures. He has already pledged to double pensions when he officially takes office on 1 December.

Indeed, the business community remains nervous about possible attempts to reverse previous administrations’ reforms, many of which have helped Mexico to make some important advances, not least within the telecommunications and energy sectors. However, his critics’ concerns should be tempered by AMLO’s record in office. As mayor of Mexico City in the early 2000s, he proved to be an effective operator, and one would hope that his penchant for organising disruptive political protests during national election campaigns is now a thing of the past.

Fortunately for AMLO, his tenure begins amid some positive developments. The protracted and thorny re-negotiation of NAFTA has been completed. The parties prudently agreed the successor United States-Mexico-Canada Agreement (USMCA) in advance of the new administration being sworn in at the end of year. And the strong economic outlook in the US can only benefit Mexico, as it will continue to be one of Washington’s most important regional trading partners for the foreseeable future.

The trade war between China and the US may also reap dividends for AMLO’s term as US companies look to their immediate neighbour to fill any supply chain gaps. According to the OECD, the Mexican economy is set to maintain its growth rate of over 2% in 2018. The same is forecast to hold in 2019.

The benefit of the doubt
In Mexico City and Monterrey it’s business as usual: traffic madness, buoyant trade, and deals still getting done. Looking ahead, there is no doubt there will be a shift in the new government’s approach to ensure the needs of AMLO’s support base are met, but there is likely to be a strong dose of pragmatism and deal-making when addressing the various challenges ahead. In all probability, AMLO will balance the needs of his constituency with keeping the political elite and business community onside.

Critically, the international investment community, for now at least, appears to have given the president-elect the benefit of the doubt, despite all the background noise and fears over the reversal of reforms. Building a consensus is the key going forward, and AMLO will be well advised to maintain close relations with foreign investors, and local business leaders in general, however much his supporters might protest.

The sentiment on the street is that he has shown enough to be trusted to move the economy in the right direction. Nearly twenty years on, in the trendy coffee shops, restaurants and bars of the capital’s upscale districts of Polanco and Roma there is little talk of escaping the city – quite the reverse in fact.

Jonathan Clare is a senior associate at Alaco, a London-based business intelligence consultancy. 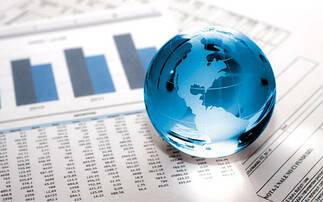 Megatrend investment perils to watch out for