Praemium, the Australia-based platform provider with an international operation based in Jersey, has reported funds under administration last year grew by 29%, to A$5.4bn (£3.3bn, US$4.04bn), contributing to what Praemium chief executive Michael Ohanessian said was “another strong result for our global SMA platform inflows”.

The new FUA total represents an increase of A$1.2bn over the same point at the end of 2015, Praemium added, in a stock market update earlier this week.

SMAs, or separately-managed accounts, are an investment concept that Praemium specialises in, and which it has called “the ‘next generation technology’ for efficient and scalable investment management”.

FUA and flows by region:

In its update, Praemium noted that it has now completed its acquisition of the UK-based Self-Invested Personal Pension provider Wensley Mackay, which was announced last September, and that assets under management by the company’s in-house investment team grew by 51% last year, to A$549m.

Ohanessian, pictured, was quoted in the update as noting that the acquisition of the Wensley Mackay SIPP business, a “UK-government-approved personal pension scheme”, would complement the Praemium platform business while opening up “a new distribution channel for our investment offerings”.

The fact that the UK domestic version of Praemium’s Smartfund 80% Protected Growth fund, launched in February 2016, had delivered an 18% return through 2016 Ohanessian went on, was “an outstanding result” and one that he believed was likely to be seen by advisers as a case for recommending it to their SIPP clients. 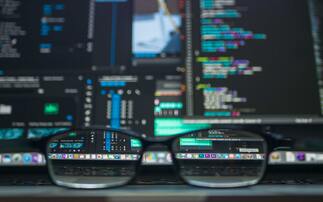