A scramble over some 130,000 union pension schemes held by UK steelworkers, who are facing a 22 December deadline to choose where they wish their pension pots to reside after that date, has prompted one pension transfer expert to go public with his “urgent” warning for those scheme members who live overseas currently, or who are intending to migrate abroad eventually.

Such individuals “are even more at risk from ‘expert’ overseas advisers” than their UK counterparts, Montfort head of financial planning Eugen Neagu said, explaining his and his company’s effort to reach out to such scheme members.

According to Neagu, such individuals are thought to represent around 1% to 2% of an estimated 43,000 members of the British Steel Pension  Scheme (BSPS) who, as of the end of last week, had not yet formally declared which of the three options open to them they were planning to take.

The deadline was extended on Friday to 22 December from the 11th, after complaints that it didn’t give the scheme members enough time to make the necessary arrangements, which, critics of the earlier deadline noted, ought not to be rushed. Neagu says even the new deadline is too soon.

“The problem is [that] the 22nd of December deadline doesn’t give plan members enough time to actually do their homework about whose advice they take on the matter of what they should do with their pensions,” Neagu, who is based in Montfort’s offices near London, explained.

“When you look at it further, scheme members have been granted only two additional weeks [from the initial deadline of 11 December], which doesn’t provide enough [additional time].

“Given members can only confirm by post, coupled with the typical Christmas delays that will occur to post and office closures this time of the year, their deadline is immediately shortened – and this is even more the case for those scheme members who live overseas.”

The need for the BSPS members to do something with their pensions arose after India-based Tata Steel agreed a deal in August to restructure its 130,000-member British pension fund after nearly a year of negotiations with British regulators and the trustees of the £15bn British Steel Pension  Scheme (BSPS).

Under the deal, which Tata said was necessary if it was to keep the steel-manufacturing facilities open in the UK, the UK steelworkers’ pension scheme would be offloaded into the so-called Pension Protection Fund (PPF), as the British government’s “pensions lifeboat” is known.

Press reports at the time noted that a new defined benefit scheme, which provided a guaranteed income in retirement, would also be set up, which would provide for lower annual increases in income for plan members who signed up to it.

In return for the deal, which was seen as saving some 8,500 jobs in Port Talbot, southwest Wales (pictured above), and elsewhere in Wales and England, Tata said it would inject £550m into the closing, defined benefit BSPS scheme, and that the BSPS would be given a 33% stake in Tata Steel UK.

The result is that the BSPS members have to choose between remaining in the old BSPS scheme, which will automatically fall into the PPF on 28 March, 2018 (and which is the default option if no other choice is actively made by the member); transfer into the New BSPS, a defined contribution scheme; or seek to transfer out of the Britsh Steel pension structure altogether.

If the latter is their choice, they must first ask the pension scheme administrator to provide them with their so-called Cash Equivalent Transfer Value, with a view to then obtain statutory pension transfer advice to transfer their pension pot into a personal pension plan – or, in the case of those plan members who live overseas or who are planning to, to look  into the suitability of transferring to a Qualifying Recognised Overseas Pension Scheme (QROPS).

This advice they could only obtain from a Financial Conduct Authority-regulated firm with pension transfer advice permissions.

Since the deal was agreed, according to Neagu, the steelworkers have been aggressively targeted by financial advisers and pension transfer specialists, almost all of whom are keen to pocket significant sums in transfer fees, commissions and other payments.

The result, as the deadline for making a decision approaches, has been that so many have transferred their pensions so quickly that the Financial Conduct Authority stepped in within the last few days to prevent one Midlands-based adviser from giving any further advice to BSPS members; a self-invested personal pension provider, Momentum Pensions, has revealed that it’s put all further investments and pension transfers from BSPS members on hold; and the matter ended up on the front page of the Financial Times‘s UK edition on Saturday.

Neagu says it wasn’t just the overdrive selling on the part of the advisory and pension transfer industry that caused so many members of the steel union’s pension scheme to consider transferring to SIPPs and QROPS.

“The majority [of BSPS members] had made their minds up to transfer their pensions even before contacting a financial adviser,” he noted.

“This is mainly due to their lack of trust in Tata Steel (UK) and the trustees of the British Steel Pension Scheme, as well as their concerns about the viability of the new defined contribution BSPS scheme that they’ve been given the option of transferring into.”

Neagu speaks with some knowledge of the situation, as he has, he says, been working with a number of the steelworkers for the past few weeks, and as a result, Montfort has been granted permission to access and participate in the BSPS Facebook group, which is otherwise closed to outsiders.

“I’ve spoken directly to around 20 members of the scheme,” Neagu said, noting that these members ranged “widely” in age, from around 35 to 58.

“The common theme is that many people are transferring out of their BSPS schemes without actually receiving regulated or expert advice. A lot of the members haven’t ever had to deal with such a large amount of money before, and so they are making unrealistic comparisons against their pension, such as with the value of their property – which is worrying for somewhere such as Port Talbot, in Wales – rather than in the context of pension values.

“There is also a fear that this may all result in a zombie scheme, such as the BHS scheme, should Tata fold.”

Among the key elements of advice the Montfort team is giving those BSPS members who haven’t committed to their final plans for their pension is to “be extra cautious if their LinkedIn profiles reveal them as former employees of Corus or British Steel”,  since, particularly if they live outside the UK, “overseas advisers will be onto them like hawks”.

“Our recommendation is for BSPS scheme members, whether they are domicile residents or have moved abroad, to receive considered and expert transfer advice rather than hastily making a decision to stay put or transfer.

“Members should receive recommendations that are based on their own circumstances, and for those emigrating out of the UK, it must be from a firm that understands the specific pension scheme, in addition to the jurisdiction they are living in. Sweden, for example, will tax a pension transfer from a defined benefit to a personal pension plan, as [it will regard this as] a distribution of pension benefits.

“Montfort therefore isn’t able to advise anyone transferring or staying put, unless we are able to review the individual’s circumstances first.”

Montfort officials have previously estimated that as few as 15% of recommendations that the British Steel Pension Scheme members receive to transfer their pensions should actually result in transfers, were proper examinations of the circumstances of the individual scheme members in question, and their existing guaranteed benefits, taken into account properly.

Santander in deal to sell US TotalBank to Chile's BCI 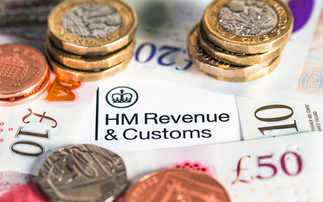 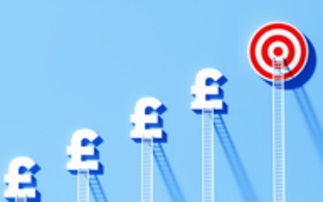 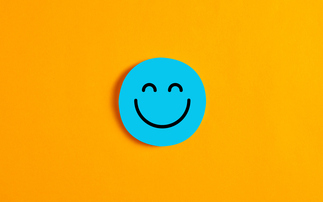