In a sign of the growing gulf between property prices and average wages, almost a quarter of first-time buyers are opting for 35-year mortgages, one of the UK’s leading mortgage brokers has revealed.

However, it pointed out that the additional interest would make the total cost of repayments £23,000 higher overall. 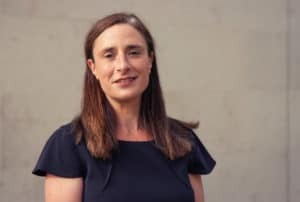 Commenting on the news, Sarah Coles, personal finance analyst at financial advisory firm Hargreaves Lansdown, pictured left, said that the trend was “perfectly understandable”, given the fact the average property price paid by a first-time buyer in the UK has reached a record high of £207,693.

“First-time buyers are facing stagnant wages, rising living costs, and demanding affordability tests from lenders,” said Coles, so that extending the term of the loan is one possible solution.

“The problem is that this comes at a cost,” she pointed out. Not only will customers pay interest for longer, and face a higher overall cost, but they will also be paying a mortgage far later in life.

“Given that the average first-time buyer is 30, they could be paying a mortgage to the age of 65,” she said.

‘Prospect of far lower retirement incomes, or working even later in life’

This would have a deleterious effect on retirement income, she pointed out: “Traditionally the gap between paying the mortgage off and retirement was seen as an opportunity for people to make a significant difference to their pension contributions, and boost their pension income.

“Now that gap is being squeezed, people in their 30s face the prospect of far lower retirement incomes, or working even later in life to make up the shortfall.