As many as 10.9 million people – or roughly one in six people in the UK – are cold-called about their pension each year, pensions minister Guy Opperman has revealed, in a letter to the head of a government committee overseeing the so-called pensions freedoms inquiry.

In his letter, dated 14 November and and published two days later on the government’s website, Opperman noted that research by “respected consumer bodies” such as Citizens’ Advice “suggests that pensions cold-calling is an extensive practice”.

Opperman’s letter was in response to a request from Frank Field, the Labour MP for Birkenhead who is chairing the Work & Pensions Select Committee, which is looking into the issue of pensions freedoms. Field has said – in a letter to the Financial Times  last month, among other places – that he believes the pensions freedoms introduced in 2015 needed to be reformed.

In addition to the finding that more than 10 million people are cold-called annually about their pensions, Citizens’ Advice data also shows that, in 2013, “97% of their cases involving pensions liberation scams stemmed from a cold call”, Opperman added in his letter, which may be accessed and viewed here,   along with other letters and documentary evidence submitted to the pensions inquiry.

As reported, the UK’s Department for Works & Pensions (DWP) announced in August that it would seek to ban  the practice of cold-calling British residents to entice them into invest their pension savings in what too often have been turning out to be fraudulent schemes. It said the ban would also cover emails and texts used for the same purpose.

The announcement came in the wake of the introduction of “pension freedoms” that came into force in April 2015, which enabled individuals to access their pension pots more easily than they had been able to previously.

A measure of the scale of the cold-calling problem surfaced recently in the Czech Republic, where Christopher Lean, a British financial adviser with the UK-based Aisa International advisory group, said he had been cold-called “twice in the last week from numbers in Bristol and Cambridge, despite being in the Czech Republic, offering me a free review of my pension, and assuring me they had “fully-UK qualified” advisers working over here”.

“It was the same firm that called me from two different numbers, misusing the name of a real Financial Conduct Authority-registered IFA,” Lean told International Investment today.

“I called the real firm,  who said they were aware of this and had informed the FCA. The compliance officer said that they had had a number of calls from other expats who had believed that it was actually their firm that had been calling them.”

His experience, Lean added, highlights one of the biggest problems of cold-calling, which is that “someone called by the scammers may assume they are talking to the real firm that is properly licensed”, but because in fact it isn’t that company, “their pension will be a risk”.

As reported here in August, the cold-calling ban is expected to be enforced by the Information Commissioner’s Office, although thus far, no implementation date has yet been set.

The announcement of the plan to ban cold-calling was accompanied by new data which  showed almost £5m had been obtained by pension scammers in the first five months of 2017, according to the DWP.

It added that an estimated £43m had also been unlawfully obtained by scammers since April 2014, with those targeted having lost an average of nearly £15,000, “as scammers try to encourage savers to part with their money, with false promises of low-risk, high-return investment opportunities”.

A UK pension scam victim who asks to be identified only as Stephen, who lives in Milton Keynes and whose thoughts on the proposal to ban pension cold-calling were published here in August, said he thought the 10.9 million annual pension calls to UK residents was a “mind-boggling figure”, particularly given that those making the calls probably would be avoiding those they knew to be under the age of, say, 35.

Noting that he had been scammed out of his pension without having responded to a cold-caller, he added: “If Guy Opperman thinks a cold calling ban will deter the scammers, he can think again, because they will find a way to outwit the ‘tough new measures’ he has promised.

“They know full well that the amount of what they regard as ‘easy money’ that is just sitting in pension pots and available to be ‘unlawfully obtained’ runs into the billions, and that, to date, they do not appear to be in danger of being prosecuted by the authorities – at least, not swiftly, nor in sufficient numbers to present a viable deterrent.”

Angie Brooks, a campaigner for victims of pension fraud, shared Stephen’s view that a ban on cold-calling would do little to dissuade those currently scamming Britons out of their pensions.

“The only way a ban on cold-calling would ever work would be if it were a global ban,” said Brooks, a British citizen who lives in Spain and who is the founder of a pension fraud victims’ campaign group, Pension Life, noting that pension scammers take advantage of national borders to avoid prosecution.

Brooks says she is currently helping around 500 pension-scam victims, mostly over the age of 45, in their efforts to recover a total of around £50m. 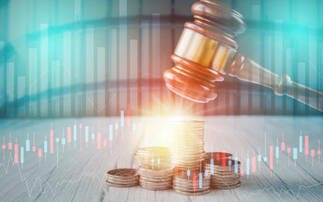 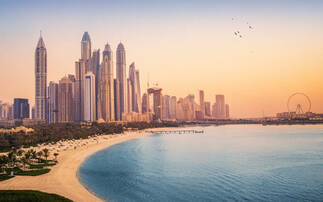 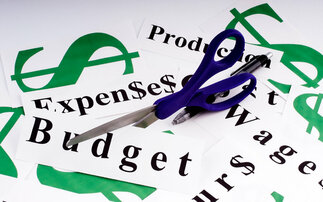