Hard on the heels of offloading its life insurance business to Hong Kong-based AIA for A$3.8bn as reported, Commonwealth Bank of Australia (CBA) is looking to divest itself of its global asset management business.

The division, Colonial First State Global Asset Management (CFSGAM), known internationally as First State Investments, has A$219bn in assets under management, and is considering a range of options for divestment from sale to floating.

It is hoping to achieve this by the end of the year, according to The Australian, which saw this latest announcement as marking an end to ends to the lender’s “near two-decade push to become a diversified financial services powerhouse”.

CBA also said the head of its wealth division, Annabel Spring, pictured left, would be leaving the lender in December, after seeing through the AIA deal which will see the Hong Kong group commit to a 20-year deal to distribute insurance products to CBA’s 13 million customers.

It is the latest move among Australian banks to retreat bank to core, profitable areas such as mortgages and personal loans.

ANZ Bank’s wealth management division One Path is up for sale, and Westpac recently announced that it will sell its A$3.8bn fund manager BT Investment Management. 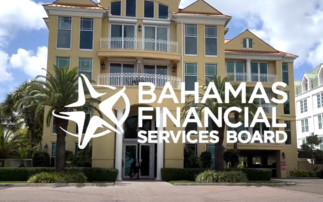