And as a result the global financial services industry will be adversely affected unless the UK is allowed to develop a “robust post-Brexit regulatory framework” for financial services, while at the same time being able switch focus to ensure the UK remains attractive to investors.

Following the UK government’s announcement that, post-Brexit, the UK will seek to develop a distinct regulatory framework from the EU in a bid to ensure a long-term competitive advantage for banks, fund managers and insurers in the UK, Synechron has warned of knock-on dangers.

It believes that the UK government has reached “tipping point” over maintaining regulatory standards and is switching its focus to ensuring the UK remains attractive to investors, something that produces a risk of US and EU regulators being overloaded.

UK and US bid to ‘loosen’ regulatory demands

Haydn Lightfoot, senior director at Synechron Business Consulting, said: “The comments from the UK government that Britain will seek to develop a distinct regulatory framework from the EU after Brexit would appear to continue a theme started earlier in the year by US government proposals to loosen several regulatory demands and raise thresholds, to reduce regulatory obligations on banks in the US.

“Such actions suggest the financial sector has reached a tipping point over maintaining regulatory standards, with instead clear consideration being given by governments to attracting banking business by creating more favourable banking environments.”

Should the UK and EU Brexit negotiators agree on a transition period from March 2019 through to final implementation of any post-Brexit arrangement, as is expected, Lighfoot points out that this would relieve both the pressure on banks’ relocation plans and provide local EU regulators with additional time to process applications for new banking licences from firms needing to establish new EU bases.

“To be effective though, the details and timing of any transitional arrangements need to be agreed and made public fairly quickly as all parties are clearly planning for March 2019 at present,” he said. 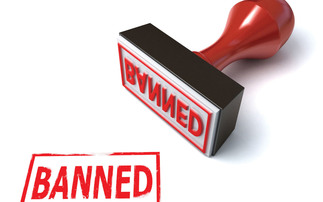