As we noted here yesterday, the demand for high quality international private medical insurance (IPMI) around the world has been growing. The challenge, say those in the business of providing it, is to provide this high standard of care without bankrupting either the insurer, the healthcare provider or the patient in the process – while also ensuring that the quality is the best that it can be. Below, healthcare writer Charlotte Beugge talks to the experts…

As anyone in the private medical insurance industry will tell you, the hardest thing they do is provide great insurance coverage, at a cost that is acceptable to their clients, and doesn’t cause them to operate at a loss.

Whether one’s clients are large corporations, small-to-medium-sized businesses or individuals, all are keen to keep their insurance premiums down, they note.

“I would say 70% of companies and individuals make a choice [of their insurance provider] based on the cost of premiums,” said Adam Harding, of Jelf, the insurance brokerage, echoing others in the industry.

“However, as a specialist broker, we try to help a client dig into what they really get from the premium, as cost savings can be a false economy – particularly with some of the service levels and network capabilities we experience across different parts of the world varying greatly, even with the same insurer.”

“Premiums remain a key motivator in choosing an IPMI plan,” he said.

“However, the issue of service, and the scope of cover offered, has come very much to the forefront in recent years. More so in the past year or two, as buyers are no longer prepared to put up with poor claims service and payment delays.

“Buyers have become a great deal more savvy, be they individuals or [someone who represents] a corporate programme, and are now asking for service level agreements to be clearly set out, and are increasingly looking for financial penalties to be paid where these levels are not regularly met.”

Jelf’s Harding, though, noted that in the last six months, there seems to have been emerging “a real drive from some of the insurers that are typically more expensive to offer a more competitive premium, to win new clients”.

During this time, he added, a “big new-business push” seems to have come from insurers “for SME and large corporate business, with pricing being more competitive than in recent years”. This, he added, will have the effect of bringing down pricing across the market.

That said, though, international medical insurance premiums are also affected by the rate of medical inflation in each policyholder’s country.

Medical inflation is high at the moment in a number of markets – for example, in the Far East, Middle East, and South America – where, according to Allianz Worldwide, it was 20% last year. Nigel Oliver, head of pricing at AXA PPP International, added: “Medical inflation will continue to increase due to changes in technologies, available drugs and treatments. The costs have risen globally over the past three years, from 7.5% in 2014 and 8% in 2015, to a projected 9.1% – all weighted – in 2016.”

Much of this inflation is down to advances in drugs and technology, experts point out.  Developing a new drug can take 10 or 20 years, Eamonn O’Flynn, head of operations for Allianz Worldwide Care, noted, so when it finally comes to market, its manufacturer is going to look to recover those 10 years of development costs before it can even begin thinking of making a profit.

And, frustratingly for insurers, there can be huge differences in price for the same medical treatment: an MRI scan costs US$130 in Spain but US$1,119 in the States. A day in hospital in Spain costs US$424 but in Switzerland, US$4,781.

“Personally, I don’t think there is enough pressure on healthcare providers to offer value for money, and certainly not where insurance is available,” added Beverley Cook of Expacare, a provider of international healthcare plans which is part of the Jardine Lloyd Thompson group.
Ensuring medical practitioners offer the most appropriate care in each situation is one  way of ensuring that costs are contained, according to Allianz Worldwide Care’s O’Flynn.

“One way we do this is by moving to a set fee per treatment: set fees are transparent, and mean the medical practitioner, patient and insurer all know where we stand.”

‘Cost [not always] everything’

Aetna International’s Lenihan, meanwhile, noted that although price is obviously a factor, and that the challenge to contain costs ultimately benefits policyholders, cost isn’t everything.

Instead, he argues, IPMI providers need to add value to attract custom.

“We are finding most of the [client] companies which are moving to us do so because of the service we offer,” he said.

“Companies like that we offer a range of benefits: for example, we have a service [to help] policyholders find out things such as what’s the local name for the medicine they take in the UK, and where the nearest pharmacy is to them.”

Cutting the number of claims will also keep costs down.

Joe Thomas, pictured, UK business development director for April International, the international arm of France’s April Group SA, says that his company has observed that policyholders’ locations and the types of organisations they work for “can have a big impact on the frequency” of their claims.

“Places including the UK, Hong Kong, Singapore, where there are many private hospitals to provide treatment, allow care to be received easily,” he said.

“In terms of industry, law firms, international schools and embassies tend to have a higher frequency of claims, as do generally all schemes [that] include the employee’s dependents.

“NGOs will have a lower frequency of claim, but because of the locations they work in, there is a higher risk for more complex claims, including evacuations.”

Apps of Bellwood Prestbury noted that there’s also been an increase in the numbers of claims by employees that is seen as being attributable to the fact that they are becoming more aware of what they are covered for.

“In the past, incidental benefits, such as annual health screening, prescription glasses/contact lenses, and treatment by dental hygienists were rarely claimed, but the landscape has started to change, with these benefits – often referred to as ‘lifestyle’ benefits – starting to see much higher usage” than previously, he explained.

This is the second of a two-part feature on how the recent explosion of international trade, communications and the movement of unprecedented numbers of people across international borders and  is driving the expansion of the private health insurance sector. To see the first part,  ‘Globalisation fuels international private medical insurance industry’s growth’, click here. To read about the five most expensive countries for buying IPMI – and the five least expensive – click here. 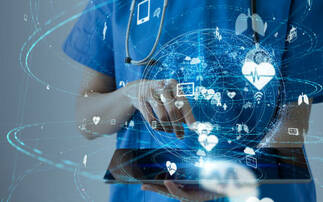