The UK Financial Conduct Authority has warned that retail investors effectively betting on cryptocurrencies could be hit heavily by their wildly fluctuating prices.

The FCA’s latest expression of concern with respect to cryptocurrencies focused on the apparently growing appetite among retail investors for trading contracts for difference (CFDs) based on these cyrptocurrencies, the nature of which can involve volatility that often hugely magnifies gains or losses.

These CFDs are often traded through initial coin offerings (ICOs), which have recently been banned in China as reported, causing a 20% drop in the value of Bitcoin at the time.

That incident and the reactions in other markets that followed prompted the FCA, on 12 September, to issued a warning to consumers about “the risks of initial coin offerings”, in which it noted that they were “very high-risk, speculative investments” that should only be invested in by experienced investors who were confident in the quality of the ICO project itself and who were “prepared to lose [their] entire stake”.
The next day, as reported, JP Morgan Chase chief executive Jamie Dimon, pictured left, made headlines around the world when he described Bitcoin as a fraud, saying that if any of his employees were caught trading in it, “I’d fire them in a second. For two reasons: It’s against our rules, and they’re stupid. And both are dangerous.”

In the UK, IG Group is the largest online derivatives trading company by market share.

It allows investors to trade CFDs based on Bitcoin and a second, recently added, cryptocurrency, Ether.

Another big player in the sector, CMC Markets, says that it is planning to introduce trading in digital currencies “in the next couple of months”, while a number of smaller players are said to have been doing so for several months.

“We are concerned about the growth in retail clients trading in CFDs, particularly those offered with a cryptocurrency as the underlying asset,” the FCA said.

“The price volatility of the asset comes with significant risks to retail investors.”

Signal of intent by FCA

An FCA spokesperson told International Investment that the FCA’s “strong focus on the UK CFD sector will continue”, adding: “we will take action where firms fail to meet our expectations, as we have done already.”

In 2014 the FCA fined US-based Forex Capital Markets and Forex Securities (FXCM) £4m for “unfair profits” and also for “not being open with the FCA”.

It found that some £6m in profits payable to UK customers had been retained by FXCM.

The “unfair profits” related to FXCM’s practice of “asymmetric slippage”, whereby FXCM placed over-the-counter transactions for execution by another part of the group.

The company retained any profits from favourable market movements between order placement and execution, despite passing on any losses arising in the same window.

The FCA pointed to this, and other, interventions to underline the strength of its resolve to regulate the cryptocurrency-backed CFD market, and in so doing to protect UK investors.

‘Blockchain is a good technology’

While Dimon has been less than flattering about Bitcoin, meanwhile, he and his company, JP Morgan Chase, are supporters of the underlying technology, blockchain, and are investing in a global payments settlement system called the Interbank Information Network.

The New York-based banking group announced on Monday that it was joining Royal Bank of Canada and Australia and New Zealand Banking Group in the settlements venture, which, it said, would “significantly reduce” the number of parties needed to verify global payments, thereby cutting transaction times “from weeks to hours”.

“The blockchain is a technology which is a good technology. We actually use it.

“It will be useful in a lot of different things,” he said. 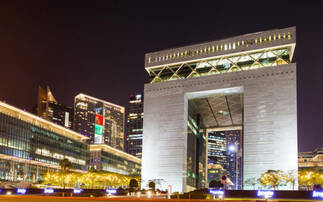