Continental Wealth Management, an Alicante, Spain-based advisory firm which was known for helping Britons to transfer their pensions out of the country, has closed suddenly, leaving hundreds of investors stranded, sources have told International Investment.

The news, which broke over the weekend following the company’s closure on 29 September and which is continuing to unfold, may affected as many as 900 clients, with assets under management in the tens of thousands of pounds, these sources say.

Most at risk, it is thought, are fewer than 300 investors whose pensions are thought to now be worth less than what they started out with, as a result of having been invested in high-risk structured notes, one source familiar with the matter said.

The company’s website, www.continentalwealth.com, is no longer in operation, its phone appears to be off the hook, and the closure has been reported on a number of blogs and websites, including that of Pension Life, a pension fraud victims’ campaign organisation headed up by Spain-based Angie Brooks.

The firm’s collapse is likely to be seen as yet another blow for the UK’s Financial Conduct Authority, which has been criticised for not acting sooner to ensure that investors who have been transferring their pensions out of their UK schemes in recent years have been well-advised, and were not, as critics like Brooks claim, too often being scammed.

It isn’t known how long Continental Wealth was in business but sources say it has been transferring pensions out of the UK, mainly on behalf of expatriate Britons living in Spain and Portugal, for years.

According to Brooks, who has been helping some of the firm’s clients, Continental Wealth Management had been headed up by Darren Kirby, and as of earlier this year, employed around 35 people.

Kirby couldn’t immediately be be reached for comment. Sources told International Investment he had left Spain and was now thought to be in Australia.

Brooks said some clients began to be concerned as early as last year when their their pension and investment funds, entrusted to CWM, began to “dramatically” shrink in value.

“It has now become clear that in fact many clients have indeed suffered catastrophic losses, and there is a very great deal of concern,” Brooks added.

She praised two companies – Trafalgar International and Momentum Pensions – for having been working “extremely hard to deal with this problem” and for working closely with her to help to “broker a resolution”.

Brooks said she will be meeting later this week with a Spanish law firm “with a view to bringing criminal prosecutions” against CWM. 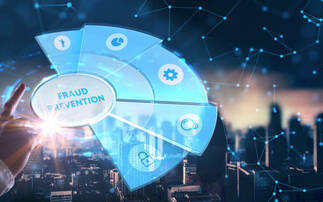