The deal sees Canaccord Genuity Wealth Management UK, its UK and Europe-focused wealth management business, advance to become one of the UK’s top 10 asset managers by assets, with a base of more than £23bn (C$38bn) in assets under management and administration, the company noted in a statement.

Under the deal, which has been seen as the latest example of a consolidation trend among US asset managers, Canaccord has agreed to pay £52m for Hargreave, with a further £27.5m to be paid over three years if certain performance targets are met.

Hargreave brings to its new parent more than £23bn (C$38m) in assets under management and administration.

The integration process is expected to continue through to 2019, the company said. During this time, Hargreave will continue to be authorised by the Financial Conduct Authority, while clients and employees of that company as well as of GWM (UK) will have access to the resources and expertise of both operations.

Hargreave Hale as a business entity dates back to 1897, when a stock-broking firm was founded in Blackpool by Marsden W Hargreave, “to serve the investment interests of his family members and close friends”, according to a history on the company’s website.

The next change came in 2001 when Hargreave Hale became a limited company, and at the same time became an associate of Investec, the listed, South Africa-based group, which took a 35% stake in Hargreave.

In a statement accompanying the announcement of the deal’s completion, Hargreave, pictured above, said he and the “Hargreave Hale team” had entered into the deal with Canaccord Genuity “with a strong commitment to the philosophy that has been the cornerstone of our business since its founding in 1897 – that the financial well-being of the client is paramount.” 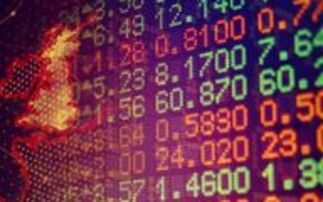