Swiss insurance giant Zurich will divest its entire 25% stake in UK advice network Openwork over the next four years, the company has confirmed.

Under the terms of an agreement signed by both parties, Zurich will sell all of its shareholding to Openwork’s other main shareholder, Openwork Partnership LLP, by March 2020.

Openwork said the sell marked “the culmination of the strategy set out by Zurich when Openwork was created in 2005”. Openwork will continue to distribute Zurich’s product lines in the UK.

Openwork chief executive Mark Duckworth said the agreement marked a “major point” in the company’s development, leading to 100% collective ownership of the group by its advisers and employees.

He said the advice network would continue to “work closely” with Zurich. Zurich UK Life managing director for retail David White, meanwhile, said that Zurich would retain a “very strong” relationship with Openwork.

Founded in 2005, Openwork describes itself as a “financial services partnership”, with 3,000 financial advisers around the UK. It distributes pensions, annuities and insurance via its “multi-panel distribution network”. Currently it is 67.5% owned by its advisers – through the Openwork Partnership – 7.5% by its employees, and 25% by Zurich. 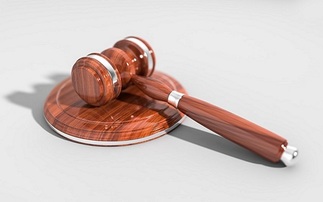