Rothschild & Co and Compagnie Financière Martin Maurel today unveiled detailed plans to merge, in order to establish what some are saying could end up being one of the largest independent private banks in France.

The Maurel family would receive Rothschild & Co shares and as a result of the merger, would replace Compagnie Financière Martin Maurel “in the extended family concert”, the statement said.

The deal is subject to the approval of the shareholders of both companies as well as the relevant regulators.  The companies said the plan is expected to be presented to their shareholders in September, with completion expected by the end of the year.

Rothschild & Co’s supervisory board and Compagnie Financière Martin Maurel’s board of directors have said that they both favourably welcomed the proposed merger.

Compagnie Financière Martin Maurel is currently 88% owned by the holding company of Martin Maurel’s group. It was established in 1825, is headquartered in Marseille and has offices in regions such as Provence-Cote d’Azur, Paris and Rhone-Alpes.

It has almost €10bn of assets under management, of which private banking assets accounted for €7bn at the end of 2015, according to the joint statement.

The private banking and asset management operations of Rothschild & Co, which comprise the division that would be involved in the merger, currently oversee around €24bn in assets, including €10bn in private banking, with wealth structuring and discretionary portfolio management their main focus.

Bernard Maurel, chief executive of Compagnie Financière Martin Maurel, said: “We are committed to our customers and share these values with the Rothschild & Co family, to whom we have been close for three generations. We believe that the combination of our two groups would strengthen the model of the independent family bank.”

David de Rothschild, chairman of Rothschild & Co, added: “Our two companies share an independent family model that is a real strength when compared to our competitors. This transaction would strengthen and ensure the continuity of this model.”

The company now known as Rothschild & Co was created in 2012, when Rothschild combined its French and UK business units under the Paris Orleans SA branding. This was changed last year to Rothschild & Co.

Listed on the Euronext Paris exchange, Rothschild & Co has been family controlled for more than 200 years, dating back to the time of Napoleon, and currently employs around 2,800 people in 40 countries. Its three main business arms are global financial advisory, private wealth and asset management, and merchant banking.

Electra sells stake in Elian to Intertrust for £435m

AM profits set to drop a third, McKinsey reports 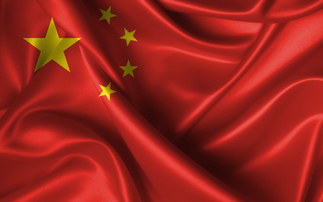