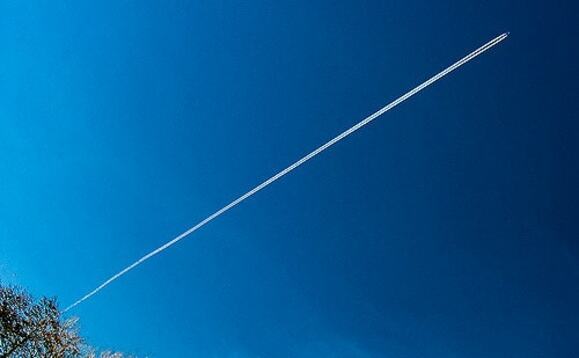 Isle of Man chief minister Howard Quayle has mounted a robust defence of his jurisdiction’s integrity in the light of further Paradise Papers revelations, insisting that the island is not a ‘tax haven’.

It is, in fact, one of the most compliant countries in the world when it comes to tax and transparency, he said, and is an early adopter of international standards that other countries fail to adopt, therefore putting the island “at a disadvantage”, he claimed.

Quayle made his points in an interview with presenter John Humphries on BBC Radio 4’s Today programme, on the morning of 7 November, in response to news that Formula 1 driver Lewis Hamilton, pictured left, had ‘dodged’ paying tax on a private jet in a transaction effected on the Isle of Man.

It was revealed as part of the huge leak of documents belonging to Bermuda-based law firm Appleby – reported by International Investment back on October 25, one of only a handful of media outlets to report on the story at the time – that Hamilton had received a £3.5m VAT refund on his acquisition of a £16.5m Bombardier Challenger 605.

There is no suggestion that Hamilton acted unlawfully, having sought professional advice and having acted upon that advice.

But the legality of the structure that was used has been called into question. This structure has been used in the purchase of some 231 private jets in the past six years, resulting in more than US$1bn (£790m) in VAT refunds.

The Isle of Man had already taken the decision, on October 24 as announced on the Isle of Man government’s website to call in HM Treasury to assess the legality of the VAT avoidance scheme.

The scheme essentially applied to the importation of jets into the EU; while the Isle of Man is not an EU member state, it is obliged to charge VAT on goods and services that are subject to the tax, including private jets.

Crucially, the jet owner needs a document called a C88A issued by Manx customs that asserts that the jet owner has paid any taxes due; without this form, the owner cannot fly freely around EU member states and even risks the jet being impounded in countries such as France.

In a highly complex structure, Hamilton appears to have used shell companies in the Isle of Man, Guernsey and the British Virgin Islands (BVI) to carry out his acquisition of the jet and a £1.7m motorhome.

Furthermore, he leased his jet through a Manx company, set up for Hamilton by Appleby, intended to show that his use of the jet was a legitimate and ongoing buisness expense, despite numerous posts on social media showing his using the jet for personal enjoyment.

There were no other clients of this leasing company, reinforcing the suspicion that it was set up purely for Hamilton’s use and as a means of avoiding VAT.

In the radio interview, Quayle, pictured left, was asked by Humphries: “What did you think when you saw those pictures of Lewis Hamilton? Did you think ‘Oh Lord’? Or did you think, ‘That’s good PR for the island?’.”

The chief minister replied that, while some of the reporting “wasn’t correct”, the Isle of Man’s laws on VAT, introduced in a VAT act in 1996, mirrored those introduced to the UK in 1994.

He pointed to his decision to refer the controversial VAT exemptions on the importation of private jets to the HM Treasury for evaluation, describing this as “best practice”.

Humphries countered that “you can’t do in Britain what you can do on the Isle of Man, otherwise they wouldn’t go to the Isle of Man to do it, would they?”

The reality, Humphries argued, is that Hamilton saved a lot of money by using the Isle of Man scheme.

Quayle retorted that the reason that Hamilton has used the Isle of Man was not for reasons of tax avoidance, but because of the excellence of its aircraft registry, stating that it had just been voted “best aircraft registry in the world”.

Such a claim seems to fly in the face of the fact that, as reported by the Guardian newspaper, which is a member of the International Consortium of Investigative Journalists (ICIJ) that was handed the many millions of documents in the Appleby data breach, Hamilton flew to Ronaldsway Airport on the Isle of Man at “6.40am on a rainy Monday”, 21 January 2013, to pay a £60 fee for his C88A.

“Supervising proceedings at Ronaldsway was Brian Johnson, a director at Appleby’s aviation wing,” reports the Guardian. “At 7.30am, Johnson sent a message from his BlackBerry: ‘Customs form delivered to aircraft. Clear to go.'”

This turnaround was so rapid, said the newspaper, “that an Appleby officer joked by email that they were ‘moving forward with the pace of a grand prix!!!’.”

The idea that this was anything other than a straightforward, and possibly unlawful, tax avoidance scheme is further undermined by an email written by his accountant relating to media coverage of Hamilton’s new jet: “I thought the article is OK,” the accountant said. “Not too much concentration on the VAT benefits and it mentions the availability for charter, which is helpful.”

Central to Hamilton’s avoidance of VAT is the fact that the jet was a charter jet leased from a Manx company, and that, in order to qualify for the VAT refund, the jet must be available for charter by other clients.

But as the Guardian noted, the profits made by the Manx leasing company belonged “ultimately to its owner and only customer: Hamilton”.

The newspaper adds that the Appleby data circulated by ICIJ suggests the “sole purpose of the leasing business was to allow Hamilton to rent his plane from himself”.

“Invoices show the jet was not leased to anyone else,” it said, “and there appears to have been no effort to market it to other customers.”

In fact, Hamilton’s accountant addressed this fact, claiming in an email: “The intention is … to charter the aircraft to third parties, however, it is not clear how much charter (if any) will be achieved – no advanced bookings to date.”

Also unhelpful to Quayle’s case that the Isle of Man was chosen, not for its unusually flexible approach to VAT  – that, at the very least, should have been applied proportionately or pro rata whenever Hamilton used the jet for private or leisure purposes – but for the excellence of the island’s aircraft registry is that Hamilton used a similar structure for his purchase of a £1.7m motorhome that he uses at racetracks.

Again, Hamilton used the Isle of Man as the conduit by which he was able to import his purchase into Europe; again, there is no record of the requisite VAT being paid upon import.

What the Hamilton affair touches upon and is, in fact, at the very heart of the sensitivities around it, is the suggestion that the Isle of Man, which Quayle describes as “a well-regulated country with a proud reputation for world-class service and compliance with international standards on tax and transparency” might be more than an off-shore jurisdiction; what is disparagingly called a “tax haven”, a label that the island says it has worked assiduously to avoid.

Going back to the Today interview, Humphries got to the heart of the matter in saying to Quayle: “But what the Paradise Papers do show is that you, the Isle of Man, have passed a law – nothing illegal in any of this, nobody’s suggesting that there is – that would help people avoid taxes, there are documents in the Paradise Papers, papers showing lawyers promoting a scheme allowing Swiss bank clients to hide their cash with the help of the authorities… You’re part of that picture, aren’t you? The Isle of Man is where people go, a lot of people go, in order to pay a little bit less tax.”

Quayle was at pains to point out that the Isle of Man was an early adopter of the OECD’s Common Reporting Standard, adding, “The OECD has done, I think, 101 country assessments and we’re one of only 22 that are fully compliant on tax and transparency for OECD rules and regulations, and we were the second country in the world to sign up to base erosion and profit shifting [guidelines].”

Humphries asked whether what Quayle was saying meant that the Isle of Man does not need “the sort of people and the sort of companies operating in and out of the Isle of Man who do so in order, according to the Paradise Papers, to pay a little bit less tax”.

Quayle countered by describing the Isle of Man as a “heavily diversified” economy, with finance accounting for “only” a third of its economy, which Humphries pointed out was “rather a lot”.

Quayle responded that, compared to offshore jurisdictions, that was, in fact, modest, considering that in some of those jurisdictions, which he declined to name, finance accounted for twice that, “around 70%”.

Humphries concluded the interview by asking whether Quayle believed there should be a global tax regime so that so-called tax havens “simply couldn’t operate”.

Quayle replied that he didn’t accept that his country was a tax haven “for a start”, adding, “again, that’s not me saying that, that’s the OECD, that’s the University of Amsterdam who did a report very recently listing tax havens and the Isle of Man wasn’t one of them”.

“Should there be universal standards? Absolutely, and I think that’s absolutely key going forward.”

“When standards are brought in, the whole world adopts them, rather than the likes of ourselves who adopt them but half the countries in the world don’t, and therefore it puts you at a disadvantage.”