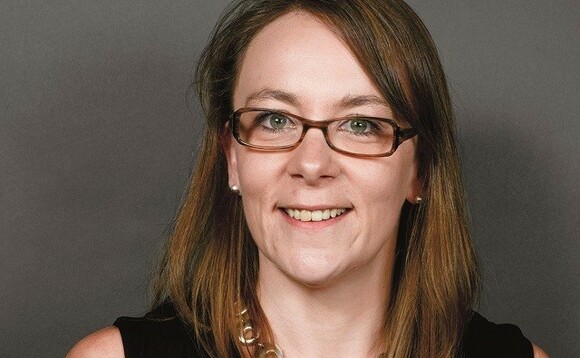 Mazars, the France-based, globally-focused auditing, accounting and consulting group, has named Sarah Lord to its London team, as a financial planning partner.

As reported here in March, Lord, pictured above, who is considered one of the best-known women in the cross-border wealth management industry, left London-based Killik & Co after more than seven years “to pursue other opportunities within the industry”. Most of her time with Killik she was based in its Dubai office.

It wasn’t immediately known if Lord succeeded anyone at Mazars.

Prior to joining Killik in 2009, Sarah ran her own consultancy and worked at Walker Crips and PIFC.

Zedra, the internationally-focused, Jersey-based provider of trust, corporate and fund services, said it has named Robert Lucas to join its expanding funds team in Jersey, as head of funds.

Lucas comes to Zedra from the Jersey offices of Vistra Fund Services, where he had been head of fund and corporate services for the past five years. His more than 16 years of experience has seen him work “across a wide range” of companies in the areas of trusts, funds, corporate funds and private equity, including a stint with a private equity firm in the Cayman Islands, Zedra said.  He qualified as a chartered accountant in England in 2001.

At Zedra he reports to Ivo Hemelraad, group director, corporate funds and legal.

Lucas said Zedra’s “fresh, ‘clean slate’ approach to fund administration” was “exactly what the industry needs” at the moment.

Members of the Group of Boutique Asset Managers, a UK-based, invitation-only, global network of specialist asset managers, have elected Tim Warrington,  pictured left, the new chairman of the organisation.

In addition to Jimenez, Warrington joins on the GBAM board  Hlelo Giyose, CEO of Johannesburg-based First Avenue Asset Management. Also elected to the board was Ladislao Larrain, CEO of Chilean asset manager Larrain Vial Asset Management.

In other GBAM news, the organisation said it will hold its next annual meeting in Santiago, Chile, and that it plans to hold a “Value Conference” in Siena, Italy, in the autumn.

Petra Silber has been appointed HR director for Europe at Lombard International Assurance.

Based in Luxembourg, Silber, (pictured left) will lead the company’s European HR team and will have responsibility for talent acquisition, career development, performance management and training across Lombard International’s European offices.

She will report to Axel Hörger, European chief executive of Lombard International Assurance and Sandy Locke, Global Director of HR, who also joined the business this year.

She joins Lombard International Assurance with 20 years’ HR management experience from her previous roles including Banque Pictet, where she was Head of HR, and prior to this with HSBC Luxembourg and Clearstream International.

Why the dollar will stay in decline?