First State Investments has announced that its global resources specialist Dr Joanne Warner is to retire from fund management in August, after 20 years as portfolio manager at the company.

Effective from 1 July, the Australian asset management specialists said in a statement announcing the changes, that Warren will succeed Warner in July. Warner will continue to support the team until this time to “ensure an effective transition”, the company said.

In addition, London-based Tal Lomnitzer, who has 19 years’ investment experience within the resources and commodities sector, will become deputy head of global resources.

Lomnitzer will have lead portfolio management responsibilities for our UK and European client Global Resources portfolios (including those within First State’s UK OEIC and Irish VCC fund ranges) having been deputy portfolio manager to Warner since 2011.

He will also act as deputy portfolio manager on the Australian -domiciled fund, and Warren will act as deputy for our UK and European client Global Resources portfolios.

First State’s managing director, EMEA, Chris Turpin said that the appointment is the culmination of a long-standing succession plan, carefully mapped out by Warner and the team.

“Dr Warner has been an outstanding leader of our global resources business since 2010 and will soon celebrate both the team’s 20th anniversary as well as her own 20 years as a global resources portfolio manager with the business,” said Turpin 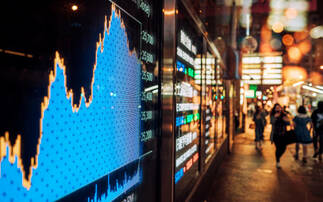