Australian platform provider Praemium said it registered record inflows in 2015, both in its domestic and international operations, helped by take-up of its separately managed account services.

The company, which is based in Melbourne and has offices in London, Jersey and Hong Kong, saw inflows of AU$1.7bn (£820m) in 2015. That was a 33% increase on the 2014 figure, the company said in a statement to the Australian Stock Exchange, where it is listed.

Praemium chief executive Michael Ohanessian put much of the growth down to the increasing popularity of managed accounts, which was pushing customers onto Praemium’s Separately Managed Account (SMA) platform.

Mr Ohanessian said in a statement that he was “very pleased” with the progress the company’s London-based investment management team had made in their second year with Praemium.

“The growth in funds under management from our multi-asset strategies is helping drive margin and scalability in the business, and is an important element in our plans to move our UK business toward profitability.”

Praemium was founded in Australia in October 2001 by Arthur Naoumidis, who left the company in 2011. It listed on the ASX in 2006, and opened its London office in June of the same year.

Its focus for some time has been on promoting its separately managed account facilities. It currently has ties with such discretionary asset managers as Cannacord Genuity, Vestra Wealth and Liontrust Investment Solutions, and Ohanessian has been quoted as saying that the firm is interested in acquiring a UK provider of self-invested personal pensions (SIPPs). 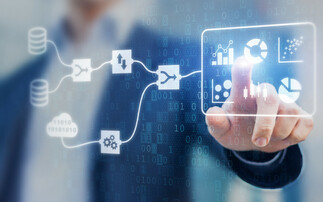