What has been described by at least one Australian publication as a “bunfight” has erupted over the last two days in Australia, in the wake of the recent termination of Melbourne-based platform provider Praemium’s chief executive Michael Ohanessian, and is leading to media speculation there about where the kerfuffle might end.

One report, posted late on Thursday on the website of the Australian Financial Review,  suggested that the matter could “set off long-rumoured consolidation in the platform space” in the Australian market.

According to the publication, Praemium shareholders weren’t happy about Ohanessian’s termination, announced on 22 February, which it noted came just a week after the company had delivered a 39% EBITDA growth in its half-year results, as had also been evidenced, it said, by the fall in Praemium’s share price after the termination announcement, “from 44 cents the day before to as low as 32 cents” afterwards.

That something was up first emerged publicly earlier this week, when The Australian newspaper reported that Ohanessian, pictured above, had named a lawyer, Arnold Bloch Leibler partner Jeremy Leibler, to act on his behalf, and that this firm had reportedly delivered a letter to Praemium’s board notifying it that an action was planned.

Separately, “a number of investors, led by Paradice Investment Management, Australian Ethical Investment and the Abercrombie Group have formed a bloc and intend to push for change”, The Australian report added.

On Wednesday, Praemium posted a notice of a “shareholder request for [a] meeteing” on the Australian Stock Exchange’s website, which stated that the company had “received a purported notice…signed by Mr Michael Bernard Ohanessian, Mr Michael Bernard Ohanessian and Mrs Candace Ohanessian…[and] National Nominees Ltd, in its capacity as nominee for Paradice Investment MAnagement Pty Ltd, Paradice Micro Investment Fund” and other entities, “requesting that the company call and arrange to hold a general meeting to consider [two] resolutions”.

The resolutions ask the Praemium directors to call an extraordinary general meeting, and to elect new directors.

“The company is seeking advice as to its position with respect to the purported notice and will keep shareholders informed of all material developments in relation to it and the company’s response,” Praemium said in the stock exchange notice.

According to The Australian, the three entities mentioned in the ASX request for a meeting, along with Ohanessian, account for around 17% of Praemium’s total stock.

Praemium spokespeople in Australia weren’t immediately available for comment, due to the difference in the time zones. Praemium executives in the company’s UK office also didn’t immediately reply to a request for comment on Thursday.

In February,  Praemium reported a record profit for the six month period to the end of December, helped by reduced losses in its international businesses, and “record inflows” in the half, and said it was administering funds globally of some A$5.4bn (US$4.14bn, £3.33bn). 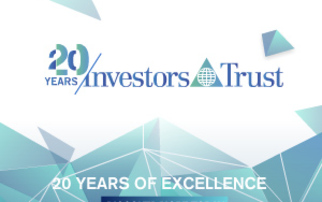 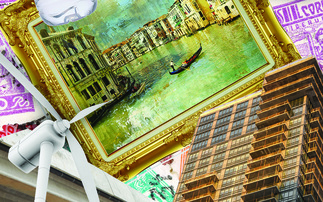