Gordon Robertson is the founder and owner of Investme Financial Services, a Dubai-based holding company for a group of financial services businesses operating in the United Arab Emirates that he launched after originally coming to the Gulf in 1998, to oversee the opening of a Prudential-Bache Securities office there. In the early days, he says, he was “amazed and disappointed” at the quality of financial advice on offer in the region at that point, and over the years since then, he says he’s observed the progress of Dubai’s financial regulatory environment with interest, and, at times, some scepticism.

Below, Robertson, pictured, takes an unblinking, detailed look at a package of regulatory changes currently being considered by the United Arab Emirates’ Insurance Authority, affecting insurance-based savings and investment products, which he says has been missing in most industry and media discussions on the matter. The IFA industry in the UAE, he argues, is “not prepared” for the shock it is being asked to take on board.

For the past few months, we have been reading articles about the coming changes proposed by the UAE insurance authorities on insurance-backed savings and investment products. However, most of the articles I’ve read have only covered a few points, and as such have been incomplete.

To fill this gap, I’ve put together the following primer on the proposed measures, which I think covers most of the key points.

If enacted in law, these proposals stand to alter the face of insurance-backed lump sum and savings programmes in the UAE. This is possibly not surprising, as they’ve been brought about in response to a huge number of mostly-justified complaints from clients who have been reacting to what they consider to be excessively high fees, the lack of commission disclosure, and up-front commissions as opposed to commissions being spread out over the life of a policy.

What the Insurance Authority is proposing:

For a single premium investment, commissions should be charged to the clients on a monthly basis, for a period of not less than a year.

Regular premiums will be charged monthly over a period of not less than five years,  instead of the traditional 18 months, in so-called “initial units”.

1. The maximum fee that advisers, under the new proposals,  will be allowed to charge on savings products is 4.5% of the periodic premium throughout the life of the policy, but at least over the first five years of the product’s life. The overall cap is 90% of the first year’s payment – based upon a monthly saving of AED6,000, the existing savings plans would eat up AED108,000 in the first 18 months as so-called initial units.

2. The maximum fee advisers will now be allowed to charge under the new proposals for single premium products they sell will be a maximum of 4.5%, and this would be charged over the 12 months, instead of 7% to 8%, as is often the case now.

1. Under the Insurance Authority’s proposals, the maximum commission deducted is 10% of the whole premium, or 160% of the annual premium, whichever is less, paid over the first five years.

2. The IA’s proposal also states that the maximum commission should be 10% of the premium, deducted over 12 months.

1. Maximum commission for life and takaful products is currently capped at 25% indemnity commission (this is where a life company pays commission upfront to an intermediary based on the full value of the policy).

This is being stopped, and replaced with a system whereby the commission will be paid when the client pays the premium.

Multiple channels
Going forward, clients will no longer subsidise other sales channels. This will help reduce costs to most clients, as they will be paying only for the sales channel they are using.

1. It was the usual practice previously that before an adviser gave an investment product proposal to a prospective client, he would ask for certain documentation. But as this is not necessary to be able to give someone a proposal, the proposed changes state that  advisers will no longer be required to ask for full documentation from their prospective client, such as a copy of their passport, etc., before giving the client any proposal/illustration having to do with a product.

1. Under the proposed regulations, the client will now have 20 days from the start date of their investment to decide if they want to stick with it, or cancel. The adviser is not allowed to pressure the client to recoup the cost of the adviser’s time and effort in preparing the structure.

2. If there is a decision to cancel, then the client will be refunded their entire money, plus any profit or minus any loss on the investment that occurred during the time they held it.

There will be no bid-offer spread included in the calculations.

Illustrations to be given to the client

Under the proposed regulations, product illustrations given to clients must show:

1. The frequency of payment to be used, such as monthly/quarterly/annual/single payments.

2. The full and proper name of the plan; its sum assured, coverage term, and premium payment term.

3.  The death benefit, account value and surrender value should be clear and distinctly presented.

5. Any illustration should state that it is either  “illustrative value” or “guaranteed value”, whichever applies.

6. The cumulative plan premium should be indicated.

7. All compulsory charges must be disclosed.

8. Details regarding any top-up premiums  must be disclosed separately.

9. The life insurance company behind the product being illustrated must quote the gross return, based upon cash flow, and then deduct all other charges, so that the client is able to see clearly whether there is any actual benefit in having this type of policy.

All charges have to be deducted before the cash surrender/redemption value of the product being illustrated can be shown.

11. All illustrations must include an example of the offered product returning 0%, while at the same time reflecting all charges.

12. Under the new regulations, any fees paid by a mutual fund to the IFA, or to the IFA’s company, are considered to belong to the client and should be reimbursed to the client.

Currently in the UAE, of course, it’s normal practice for fund houses to pay a so-called “retrocession/trailer” of up to 1% to the adviser in question. This ultimately comes from paying a higher expense ratio in the fund, so the thinking is that once this fee is removed, the returns paid out to the clients should rise.

13. For “with profit  policies”, a qualified and appointed actuary must certify the illustration before it is shown to any prospective clients. The illustration should also be consistent with the valuation reports, and if it isn’t, the  actuary may have to explain why it’s not.

14. The annual valuation report has to be sent as a separate document, and not bunched with other documents. The “font” has to be red, and the client has to sign receipt.

1.Under the new regulations, the client will be required to sign a declaration stating that they have received a copy of an illustration of the product they’re buying, and that they understand that non-guaranteed elements of the package are subject to change. They must say that they are aware it is not guaranteed, and that the adviser has never promised them anything else, either verbally or electronically.

2. Historical performance of the  top five funds has to be provided to the policy holder. These top five funds are measured by assets under management (size of the fund) and with a minimum of five years history (track record).

Policies which were previously sold with 1% or 101% of the cash value are no longer deemed to be an insurance policy, due to the minimum amount insured, and as such, are not regarded to be worthy of the term “insurance”, according to the Insurance Authority.

Under the new regulations, the minimum protection must not be less than the following:

2. Under the proposed regulations, the sum assured for regular premium/savings will be seven times annual premiums, or 0.25 times the term, times the annual premium amount, whichever is higher, if the individual being insured is over the age of 45.

Banks often buy insurance at a discount from a provider. Under the proposed new regulations, the banks will no longer be allowed to mark up the price, and thus make a profit, when selling insurance to their clients.

Also, banks will no longer be allowed to handle the products of just one insurance company, but will be obliged to offer their clients a choice, or, alternatively, to allow their clients to make their own life insurance arrangements.

Once the new laws are published in the (monthly) Official Gazette,  the providers will have up to six months to implement the new laws.

As can be seen, many of the proposed changes well be seen by the UAE advisory industry as Draconian, and will change the entire industry – to the benefit, many of us believe, of the industry’s clients.

I have been harping on about the need for such changes for years. I still think fees are too high, but the full disclosure will help clients achieve better returns, better flexibility, and will help them to understand the true costs of the products being recommended to them.

There is talk under way at the moment about seeing whether the implementation of the new regulations might be pushed back, in order to allow providers time to change their products and product offerings. Some say as long as two years could be needed to do this. Thus far, however, the authorities haven’t said whether they intend to hold off.

Hopefully, therefore, this explanation of what’s in store for the industry participants will be useful. 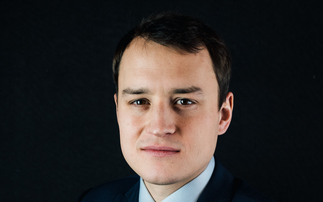