Residents of two of the UK’s three Crown Dependency island jurisdictions have been warned to be wary of pension scammers and unauthorised investment product scammers.

The warnings were posted on the websites of the Jersey Financial Services Commission and the Isle of Man Financial Services Authority  on Monday and Tuesday of this week, and come in the wake of news of various investment scams that have touched investors in a number of offshore jurisdictions.

Pension scams have also increased recently, after new legislation that was designed to make it easier for Britons to access their pension pots from the age of 55 has evidently made it easier for scammers to talk naïve pensioners out of their pensions.

Officials from Guernsey, the third Crown Dependency island – which hasn’t issued a warning to investors on its website thus far this week – didn’t immediately reply to a request for comment.

In its statement, the Jersey FSC said it was launching “an island-wide public awareness campaign” in order to “highlight the growing issue of investment mis-selling in Jersey”.

“The campaign, the first of its kind for the JFSC, comes in response to the increasing number of cases that the regulator has been dealing with, where local investors have lost some or all of their life savings after making high-risk investments,” the JFSC statement continues.

“In most cases the islanders invested apparently without understanding or being appropriately advised of the potential dangers.

“While the JFSC considers unauthorised advisers and scammers to be a growing concern in the island, in some instances these high-risk investments have been made via authorised financial advisers; often professionals, who the investors knew and trusted.

“The JFSC stresses that the majority of professional financial advisers in the island give appropriate, suitable advice which can be relied upon. However, the regulator is urging islanders to be aware of the risks associated with seeking out higher returns, and take responsibility for their investments.”

It flags up the need for investor “scrutiny and caution” in seven types of circumstances, including when presented with “cold calls, unsolicited communications and ‘free pension reviews'”; promises of “‘guaranteed’ and/or ‘high’ returns”; and “pressure to make a quick decision”.

It warns investors to be wary of “unregulated financial advice”, and points out the importance of diversification of one’s investments, noting that “you could lose all of your money” – as many scam victims have, as recent press reports have revealed – “where your pension is invested in one place or venture, and [that] investment performs badly”.

As reported here last month, the UK government has launched a consultation into a raft of proposals aimed at establishing new rules aimed at limiting individuals’ rights to transfer their pensions. A proposal to ban all cold-calling in relation to the selling of pension plans was also included in the consultation document.

Last year, both Jersey and Guernsey were named in a case involving a Guernsey-based Brazilian debt fund that went into administration, which turned out to have been an arm of a Miami-based company, known as Providence Financial Investments, which filed for Chapter 7 bankruptcy in the US on 28 July.

As reported, the bankruptcy filing by Providence Financial Investments and Providence Fixed Income Fund LLC, in the United States Bankruptcy Court for the Southern District of Florida, “following actions by the US Securities and Exchange Commission to shut it down”, according to an article in the Miami Herald newspaper. A regulated Jersey financial adviser, Lumiere Wealth, a part of the “Providence Group” of Guernsey,was said to have sold Providence investment products to an undisclosed number of Jersey residents.

HSBC confirms move of 1,000 jobs from London to Paris 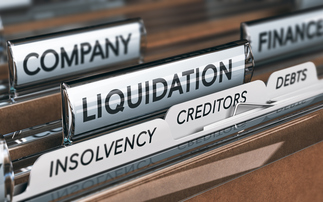