Three senior executives of companies listed on the Hong Kong Stock Exchange have been arrested in the ongoing clampdown on corruption that is seen as a key policy of Chinese president Xi Jinping.

The arrests were part of a joint operation by the Securities and Futures Commission (SFC) and Hong Kong’s Independent Commission Against Corruption (ICAC), and at least two of the three executives were with Convoy Global Holdings, a Hong Kong Stock Exchange-listed financial advisory business which mainly looks after local Hong Kong residents.

ICAC confirmed the three arrests yesterday in a statement that avoided mention of the companies involved, though Convoy Global said today in a stock exchange announcement that the anti-corruption bodies had “conducted enforcement operations… involving two executive directors of the company.”

Since the arrests were part of an ongoing operation that might result in lawsuits or even criminal proceedings, Convoy stated that it was “not in a position to provide further comments, so as to avoid causing undue influence”.

Shares in Convoy took a tumble of 7.2% on the HKSE, before trading in Convoy shares was suspended.

Convoy released a statement that said simply: “At the request of Convoy Global Holdings Limited (the “Company”), trading in its shares on The Stock Exchange of Hong Kong Limited has been halted with effect from 11:04 a.m. on 7 December 2017 pending the release of an announcement in relation to the inside information of the Company.”

Hong Kong news provider The Standard reported that one of the arrests was that of Convoy deputy chairwoman and executive director Rosetta Fong Sut-Sam pictured above.

The operation involved about 50 officers today, said the outlet, and 12 Convoy employees including the company’s executives were taken to ICAC’s headquarters for investigation. Officers searched Convoy’s head office.

Fong was also taken by anti-corruption officers from her home to the ICAC offices, while officers also searched her home and removed some documents, it was reported.

The Standard said that it had learned that the charge was that individuals had used Convoy to elicit an advantage of HK$47m (£4.5m, US$6m, €5.1m) between March and June 2015.

Another publication, The Headline Daily, reported that the second Convoy director arrested was Christie Chan Lai-yee.

Chairman Quincy Wong Lee-man and another executive director Cho Kwai-chee are both targets of the investigation, according to the report, but Wong is currently in Taiwan, the publication said.

In an internal message seen by the newspaper, Convoy group president Ng Wing Fai said the people under suspicion in the “anti-graft” case had suspended from duty.

He told employees that the company is in “good financial health with a very solid foundation”, and that business would continue as normal.

In May, Convoy Global had been identified by shareholder activist David Webb as one of “50 stocks not to own,” for undisclosed holdings in companies.

Convoy is part of the Enigma network of 50 Hong Kong-listed small-cap companies with cross shareholdings in each other that Webb had uncovered and identified.

At the end of November, the SFC ordered HKSE to suspend all dealings in the shares of First Credit Finance Group Limited, in which Convoy Global holds a 29.50 percent interest. 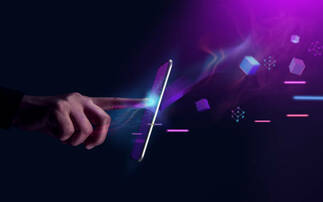 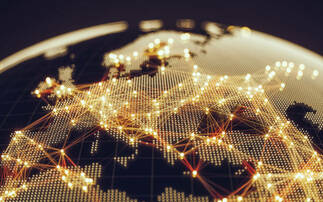 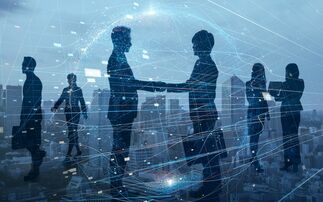