Liljeberg will remain a member of AILO’s management committee, AILO said in a statement.

Media reports earlier this year said Liljeberg was also stepping down from his role as Dublin-based SEB Life International’s managing director, to return to Sweden, where he planned to continue to work for SEB.

Pain’s election came last week during AILO’s annual general meeting in London. A veteran of the financial services industry, he has been deputy chairman of AILO for the past four years.

Pain said he looked forward to seeing to it that AILO “remains current and relevant to its members’ needs” while focusing on “the important global issues facing our industry”.

AILO chief executive Alan Morgan-Moodie thanked Liljeberg, on behalf of AILO’s members, for his years of hard work and support on behalf of the organisation.

Other appointments made during the meeting included the naming of Fabrice Sauvignon of La Mondiale as deputy chairman, and Xavier Nevez of Zurich Eurolife, and Mark Callow of Old Mutual International, as members’ representatives. Jeffrey More of LCL International Life Assurance was re-elected treasurer.

Separately, John Beaney, AILO’s legal and regulatory executive, was awarded the organisation’s annual gong – named after late AILO founder James Ball – “in recognition of his long-standing commitment to AILO and the industry”. Ball founded AILO in 1987, and died in 2006.

AILO’s membership is made up of international life insurance companies based in financial centres in the 28-state European Economic Area, UK Crown Dependencies and certain British Overseas, which market life insurance products internationally and cross-border inside the EEA.

The importance of picking the right security 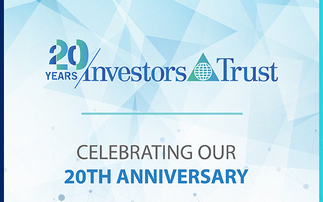