After the US Senate voted early on Saturday morning to approve a version of a major tax reform bill that failed to include certain fiercely-fought-for changes that would have benefited expatriate Americans, spokespeople for some of the organisations that lobbied on behalf of these changes said they didn’t regard the battle as over – and that in any event, the fight would go on.

They also stressed that much had been achieved in terms of educating Americans at home and abroad to the issues, and organising and building groups that will continue to work for a change. Said Marylouise Serrato, executive director of the American Citizens Abroad, one of the organisations at the centre of the campaign: “Thanks to everyone’s efforts, the awareness and interest in the topic of residency-based/territorial taxation for Americans overseas is the highest its ever been.”

As reported,  the ACA, along with such other organisations as the Republicans Overseas, the Democrats Abroad, Americans for Tax Reform, the Heritage Foundation and a number of American chambers of commerce have fought hard for months to convince US lawmakers to do away with the current US system of citizenship-based taxation.

Some of these and others, including the Campaign to Repeal FATCA, and certain members of Congress such as Republican Senator Rand Paul of Kentucky, have been campaigning for the US to get rid of the Foreign Account Tax Compliance Act, which has made life difficult for expatriate Americans since it was signed into law by president Obama in 2010.

Saturday’s Senate vote saw 51 Republican lawmakers vote to approve the Senate version of the so-called Tax Cuts and Jobs Act, and 49 senators – all Democrats – voting against it.  Neither a proposal to replace the current citizenship-based tax regime nor one that would have called for the repeal  of FATCA was included in the version that was passed, even though, as reported, such key lawmakers as the Republican head of the House Ways and Means committee, Kevin Brady, had publicly indicated that Washington officials were taking “seriously” the call for a shift away from the citizenship-based income tax system.

In November,  as reported, the House  approved its version of the tax reform legislation without mentioning either FATCA or a move to a residence-based tax (RBT) regime (or, as the Republicans Overseas have been calling for, “territorial taxation for individuals” or TTFI).

Some observers say there is nevertheless still a remote chance that either or even both of these key expatriate issues might yet be added to the final version of the so-called Tax Cuts and Jobs Act during the floor debates that are expected to take place imminently, as Congressional leaders seek to hammer out a single piece of legislation acceptable to members of both houses.

But  most think that realistically, this would be unlikely, in spite of  the massive lobbying effort on the part of expat Americans around the world, and that any change would now have to be made legislatively, by being proposed by individual members of Congress.

That said, Charles Bruce, a Switzerland-based American tax lawyer who also represents the American Citizens Abroad as its legal counsel, said that in his view, “tax reform – without RBT [a proposal to change the US to a residence-based rather than citizenship-based taxation model] – is not done until the House and Senate work out the differences in the two versions of the bill”.

“I expect this will be done very soon,” he added.

“If it is done [and it doesn’t include a proposal to move to a RBT regime], then we should say that RBT will not get enacted as part of this exercise.

If [instead] the tax reform bill goes down in flames, which no one expects at this moment, then, the pieces are picked up, and there would be another opportunity to insert RBT. But again, no one expects this to happen.

CBT means lifelong tax obligations to the US

Under citizenship-based taxation, American citizens living abroad are obliged to file tax returns to the IRS every year, as well as certain other documents, such as Foreign Bank Account Reports. The requirement is life-long, no matter how long they live abroad, even if they were only in the US long enough to be born there.

Although many don’t have to pay tax to the US if they’ve already paid that tax to the government of the jurisdiction in which they live, certain taxes that they aren’t billed for locally they may be expected to pay to the American tax authorities.

And even if they owe nothing, the complexity of the forms is not just daunting to the expats themselves, but often to the tax experts they consult for help, sources say. One estimate is that because of the citizenship-based tax regime, coupled with the Foreign Account Tax Compliance Act – brought into force in the wake of the recent global financial crisis, to target the offshore bank accounts of American citizens in order to boost tax revenues – expat Americans currently pay an average of US$2,000 to have their tax returns done, compared with a US average of just US$200.

Last month, the American Citizens Abroad Global Foundation published research showing that if the US were to replace its citizenship-based tax regime with one that was based on an individual’s jurisdiction of residency – like almost the entire rest of the world uses – it could be “revenue neutral”, meaning that there would be no net loss to the government’s annual tax take.

This was seen as a significant finding, since the stated reason for the US to maintain its current policy of taxing its citizens wherever they live in the world is to ensure they don’t take advantage of offshore financial institutions to avoid their US tax obligations. 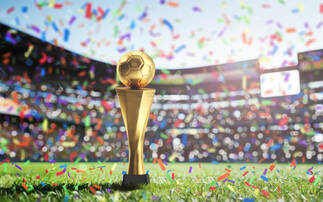 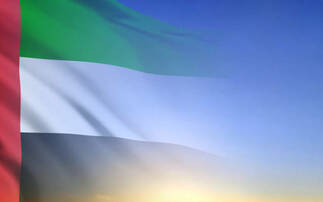 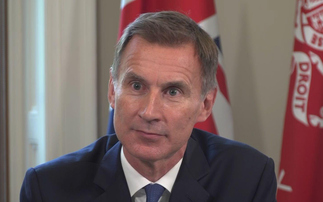