Yvonne Seah Yew Foong, a former BSI private banker, has been sentenced to two weeks’ jail and ordered to pay and a fine of S$10,000 (US$6939) earlier today, after pleading guilty to three charges.

According to a report in Singapore’s The Straits Times, Seah, 45, a former BSI private banker, became the second person to be convicted and jailed in Singapore’s probe into alleged money laundering linked to Malaysia Development fund (1MDB).

Seah’s former supervisor, Yak Yew Chee, is presently serving an 18-week jail term after being pleading guilty in November for similar offences. Yak, 57, who was also fined S$24,000, (US$16,654) will surrender S$7.5m (US$5.2m) to the state, according to his lawyer at the time, “to demonstrate his genuine contrition”.

Mr Low, also known as Jho Low, has been identified by the Singapore authorities as “a person of interest” in its ongoing probe into illicit transactions involving 1MDB, amid allegations he embezzled billions from the state fund.

The charges against Yak and Seah relate to the transfer on Nov 2, 2012 of US$153m from a Coutts Zurich account of Good Star, a firm Mr Low controlled, to the BSI Singapore account of Abu Dhabi-Kuwait-Malaysia Investment Corp, another account Mr Low could access.

Three days later, the US$153m was moved to Mr Low Hock Peng’s BSI account. On Nov 7, US$150m was moved to another BSI account held by Mr Jho Low. And from his account, US$110m was transferred to a Swiss account of Selune, a firm he beneficially owned, the Straits Times report added.

“This circular flow of funds from Jho Low to his father and back to Jho Low before it was transferred out of BSI was questioned by an officer from BSI Compliance on Nov 6, 2012 as “nebulous to say the least and not acceptable in Compliance’s view,” Deputy Public Prosecutor Nathaniel Khng said in court on Friday.

Yak also allegedly forged a reference letter on Feb 18, 2014 to Mr Olivier Blanchet of French bank BNP Paribas to mislead him that it was signed with BSI’s authority. The letter asserted the Low family was a “client of good standing” with cumulative wealth of US$1.63bn.

Seah was charged with helping Yak forge that letter. She also helped Yak forger another reference letter on May 19, 2014, to Mr Thomas Frey of Swiss financial advisory firm Kendris.

DPP Khng added: “Seah signed on the two letters to please Yak and to enable both of them to maintain the relationship with Jho Low. Through his connections, Jho Low as their most important client and transactions involving him were crucial to the significant bonuses that Seah earned.”

As reported, BSI was shut down in Singapore in May because of its dealings with 1MDB, as was Falcon Private Bank last month. The remainder of BSI is being sold to Swiss rival EFG International.

A third BSI employee, relationship manager Yeo Jiawei, claimed trial on charges of tampering with witnesses. The verdict is expected on Dec 21.

Yeo, 33, faces another seven counts, including for money laundering and cheating. Those charges are execute to be dealt with at a separate trial expected to start in April next year. 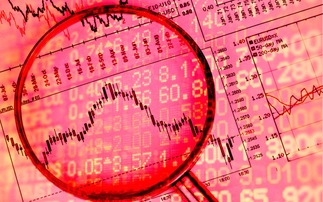