The principality of Monaco has made what are said to be potentially significant changes to its so-called International Private Law, a key piece of legislation that covers a range of issues having to do with the way the finances, assets and day-to-day lives of its residents are dealt with in law, including succession issues.

The Droit International Privé – and the changes that have been made to it – are important to foreign residents of Monaco, who account for the majority of the principality’s population, as it determines the way they are able to organise their estate planning and related family financial matters, according to Peter Brigham, founder and director of Monaco-based Rosemont International.

“The [changes to the International Private Law] give such foreign residents new clarity over what laws will apply to govern their  marriages, divorces, and distribution of assets on death,” Brigham adds.

“The biggest effect is for nationals from Anglo-Saxon-type jurisdictions, who will be able to choose their national law in the event of death. The introduction of this ‘professio juris’ concept is a mini-revolution for estate planning.

“This will allow them to have much greater flexibility over the disposition of their estate, compared to the [pre-existing] Monaco civil law-based rules, which require fixed proportions to be left to their heirs.” (While the civil law rules remain in place, the changes that have been made give individuals the option of choosing more flexible, alternative estate disposition arrangements, Brigham explains.)

He adds that the changes don’t just apply to the financial and property assets of Monaco residents, but “potentially affect most legal aspects of the life of an international family based in Monaco, with assets held inside and outside Monaco”.

Adds Rosemont Consulting’s managing director Cécile Villacres Acolas: “This reform also allows Monaco to offer a stable and modern legal framework conform to the increasing internationalisation of families and their assets. It is now an important aspect of the attractiveness of the principality.”

The changes to Monaco’s International Private Law are the latest in a series of recent tweaks the principality’s lawmakers have made to its wealth management business model, as they look to make Monaco’s offering more competitive with those of other jurisdictions, most of which have also been busy making changes to update  their  offerings.

As reported,  the National Council of Monaco – the Monegasque parliament – last year passed a law that aims to regulate the activity of multi-family offices in the jurisdiction, by creating two categories of MFOs.

Monaco’s lawmakers approved the changes to the International Private Law on 28 June. The law setting out the changes was published last week, and may be viewed on the official journal (Journal de Monaco) by clicking here.

To see a detailed assessment of the changes that have been made, compiled by Rosemont’s Villacres Acolas, on the Rosemont International website, click here.

To read a profile of Rosemont International in the July/August issue of International Investment, via an e-edition of the magazine on this website, click here.

French institution teams up with CPR AM to develop ESG filters

MainFirst reshuffles management team and board 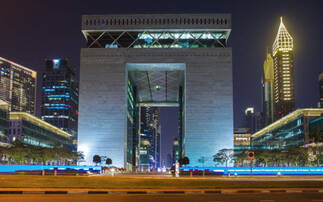