The renaming of the UK-based investment specialists – headed by Richard Buxton – will be effective from Autumn 2018. The announcement follows the recent acquisition of the business by the OMGI management team and funds managed by TA Associates.

The business will continue to operate as Old Mutual Global Investors until the autumn, with the exact date of the renaming yet to be confirmed.

The name is inspired by the life of the scientist, artist and adventurer Maria Sibylla Merian, the company said in a statement announcing the change. Born in Frankfurt in 1647, Merian is considered one of the first scientists to challenge and debunk widely believed myths about her discipline. She captured many of her scientific findings and observations in a series of exquisitely detailed illustrations and is often described as “the woman who made science beautiful.”

Synergies
The rebrand has been selected as the company believes that there are “many synergies between the pioneering work and character of Merian” and its vision, values and culture.

Further, as a polymath, Merian “embodied the multi-faceted approach OMGI takes to investment”. With no centralised investment process or chief investment officer, the firm’s investment teams are free to pursue their own, proven strategies, the company added.

Richard Buxton, pictured above, CEO, OMGI said: “We believe Merian’s pioneering achievements, willingness to challenge the status quo and sheer strength of character truly symbolise our ethos and approach to doing business. Notably, the Merian name represents our core belief that investors should not be constrained by a ‘house view,’ demonstrating our understanding that investment can be considered both an art and a science.

“We are dedicated to the continued development of an investment-led, specialised asset management business that offers differentiated investment strategies.”

Purchase
OMGI has also revealed additional details relating to the purchase of the business. Permanent employees are now participating in a remuneration structure that aligns them to the company’s long-term equity value, with members of the firm’s leadership team, including investment talent from across the business, directly invested in the firm, it said.

Furthermore, OMGI has confirmed it now has the majority of voting rights, controlled by the six investors who led the buyout (Richard Buxton, Ian Heslop, Amadeo Alentorn, Mike Servent, Dan Nickols and Richard Watts) and the wider leadership team, with the remainder controlled by TA Associates. 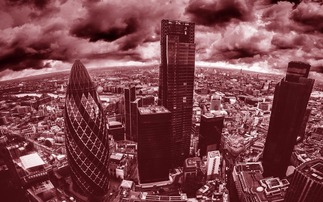