Most of the UK’s Overseas Territories will have to make public the identities of the beneficial owners of all their registered companies by the end of 2020, following a vote in the House of Commons today.

The vote was seen as a major victory for anti-tax haven and financial transparency campaigners, but it’s expected to be vigorously opposed by the governments of many of the affected jurisdictions, which have said they will regard such a regulation as a step too far on the part of the British government.

There are concerns that the measure could drive business out of the Overseas Territories and into jurisdictions that may see agreeing to keep beneficial ownership records a secret a small price to pay for the revenue such business could bring.

Importantly for the Crown Dependencies – Jersey, Guernsey and the Isle of Man – the new measure, which is part of the so-called Sanctions and Anti-Money Laundering Bill,  won’t apply to them.

The key vote came after several hours of debate, with the exact moment of the vote  tweeted by Labour MP Dame Margaret Hodge  within minutes of the end of the session. Hodge had been the sponsor of the key amendment to the legislation, which added to it a requirement for fully transparent and public registers of beneficial ownership on the part of Britain’s overseas territories.

Earlier in the day, Hodge  had referred to such territories in a Radio 4 Today show interview as “the largest network of secretive organisations in the world”, with Britain sitting “at the hub”.

Currently four overseas territories have registers of beneficial ownership in place, but the information they contain is only made available on request to law-enforcement agencies.

Perhaps not surprisingly, the Tax Justice Network, which has been calling for public beneficial ownership records for years, called today’s House of Commons vote “history-making”.

“As we have documented at length, the UK’s financial secrecy network is the biggest in the world,” TJN chief executive Alex Cobham said in a statement.

“While the UK itself is only moderately secretive, according to our Financial Secrecy Index, this reflects the deliberate outsourcing of secrecy to the Crown Dependencies and the more numerous Overseas Territories, such as the Cayman Islands and the British Virgin Islands.”

Added Markus Meinzer, also of the Tax Justice Network: “Today’s vote is good news for the protection of human rights and democracy across the globe, and bad news for tax dodgers, money launderers and kleptocrats. The risks for dirty business ending up in bright daylight is increasing.

“Let’s now move on to tackle the next strongholds of financial secrecy – there are enough left for a lifetime.”

As expected, initial reaction from the British overseas territories was as sharply critical, although some spokespersons weren’t immediately reachable for comment, as 1 May is a holiday in many jurisdictions.

Anthony Travers, a partner in the Caymanian law firm of Travers Thorp Alberga and one of the Cayman Islands’ most outspoken and best-known figures, said it was “extraordinary, but apparently the case, that the precarious nature of the Conservative majority in the United Kingdom should result in an extra-territorial legislative proposal that is capable of causing significant harm to the financial services industry in the Cayman Islands, and in circumstances where no legitimate reason has been established for so doing”.

He was referring to the unexpected, last-minute decision of the UK prime minister Theresa May’s government to say it wouldn’t vote against the amendment to the legislation, which had cross-party support, in order not to risk a potentially humiliating defeat.

He added: “Our existing legislation provides for law enforcement and tax authorities to access the beneficial ownership registers of Cayman Islands companies, partnerships and trusts. No good reason has been established for extending that right to the public at large.

“The Cayman Islands government is now under a clear obligation to challenge any attempt to extend this United Kingdom initiative, by way of an Order in Council to the Cayman Islands.

“Given the confusion on both points exhibited by the United Kingdom legislators, the Cayman Islands government will, no doubt, need to resort to litigation to establish both points with certainty.”

In Jersey, which has apparently been spared the requirement to make its beneficial ownership register public, chief minister Ian Gorst said he was “pleased” that the UK had decided not to impose its will on Jersey, in what he said would have been “direct contradiction to constitutional convention” and would have ignored “the substantial work of the island in matters of transparency and robust financial regulation”.

“This decision recognises the constitutional autonomy of the island, and preserves the established historical relationship between Jersey and the United Kingdom,” he added, noting that the jurisdiction’s efforts  in the prevention of financial crime and money laundering had been recognised by the OECD, MONEYVAL and the Financial Action Task Force. 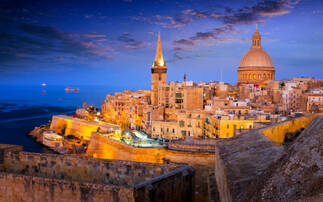 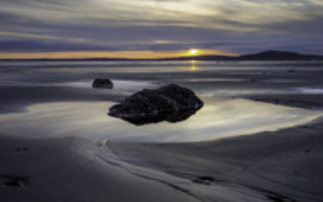 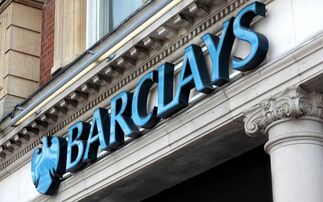