The BVI High Court has quashed the government’s decision to transfer financial records of two BVI-registered companies to Russia after the firms claimed they were being targeted by a Russian oligarch in a “corporate raiding” attempt.

The request for the British Virgin Islands to share information on Magnum Investment Trading Corporation and Niteroi Limited was made by the Investigative Committee of the Russian Federation – the country’s main federal investigative authority.

According to Russian officials, the records of Magnum and Niteroi could contain information about the activities of three individuals under investigation for allegedly stealing $3bn from the Russian chemical company TogliattiAzot (ToAZ) between January 2008 and December 2011.

Those three individuals allegedly transferred ToAZ shares to Magnum and Niteroi in December 2012, which makes the records of those companies “very important to the case,” Russian authorities claimed in their request to the BVI, according to local media outlet The Cayman Islands Journal.

The authorities had initially agreed to transfer all financial records to Russia, to help with the investigation. However, Magnum and Niteroi filed a lawsuit seeking a court order prohibiting the BVI government from transferring those records.

Both companies claim the accusations are bogus and that they are being targeted by a russian oligarch with links to the Kremlin in what they say is a power struggle for control of ToAZ.

“They claim that a Russian oligarch, [Dimitri] Mazepin currently owns a minority stake in ToAZ through OJSC United Chemical Company Uralchem (“Uralchem”), a commercial rival to ToAZ,” states the High Court judgment on the matter.

“The Claimants state that Mazepin is the controller and guiding force behind the most recent unlawful acts being brought against the directors and shareholders to ToAZ as part of his attempted ‘raid’.”

Corporate raiding entails a raider obtaining a minority shareholding in the victim company and using abusive legal proceedings to devalue the company and put pressure on its shareholders and officers in order to obtain their shares.

The High Court justice said the government must not become “nothing more than a rubber stamp” in processing foreign requests for records. In this case, the attorney general acted as that rubber stamp, the court found.

The court also made an order prohibiting the records from being transferred to Russia pending the reconsideration of the request.

Paul Dennis QC, an attorney for Magnum and Niteroi, hailed the case as a “win for BVI companies’ right to privacy and confidentiality of information.”

“The case is a landmark victory for the fundamental right of a citizen – individual or corporate – to due process, and specifically, to the right to privacy and confidentiality of information,” he added in a statement.​​ 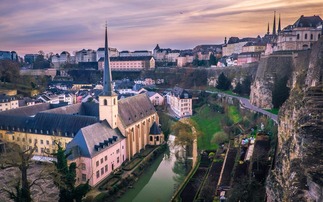