Some insured Singaporeans to be required to bear some of their healthcare costs: minister

Singaporean citizens and permanent residents with a certain type of health insurance policy will begin having to bear some of their healthcare costs themselves, the city-state’s health minister has said, in what industry sources said was a sign of the growing problem insurance companies are having in keeping up with the costs of providing coverage.

The announcement by health minister Gan Kim Yong came on Wednesday, the day after Singapore media reports revealed that six insurance companies, including some of the best-known names in health insurance, had appealed  to Singapore’s Ministry of Health to require holders of so-called MediShield Life-linked health insurance products to pay a part of their own hospital bills.

According to the Straits Times, the six companies – including the regional operations of AIA, Aviva, AXA and Prudential, as well as Singaporean insurers Great Eastern and NTUC Income – had “appealed to the Ministry of Health to make it compulsory for existing as well as new policyholders to pay part of their hospital bills, even if they buy riders that now cover the entire amount”.

The article begins by noting that “the days of getting insurers to pay your entire medical bill may be drawing to a close”.

Gan’s comments came during a debate being held by his ministry, according to press reports, including one on the website of Channel NewsAsia.

As the Singaporean health minister noted in his comments on Wednesday, and and insurance industry sources asked about the matter also say, policies with zero co-payment coverage, which are known as “full rider” policies, can inadvertently encourage a “buffet syndrome”, meaning that, just like someone standing in front of a buffet table groaning with dishes might be tempted to load up their plates more than they would normally do if ordering and paying for their food items individually, patients who don’t need to pay anything for their treatments tend to opt for more and more expensive treatments, which often aren’t necessary.

A Straits Times article on Tuesday noted that patients who aren’t required to pay any portion of the cost of their claims not only make more claims, but typically file larger claims – 20% to 25% larger, according to the ST – than do those who pay at least a portion of their bills.

However, Alistair Dickman, the Singapore-based group head of business development at April International, says the issue isn’t just that policyholders are filing more claims. So while “the latest proposal to introduce co-insurance will reduce utilisation by customers” and thus help to reduce the volume of small claims coming through insurers’ doors, “the real issue is the high prices charged by the doctors, specialists and hospitals, which a co-insurance won’t address”.

“At April International, we believe the real problem is one of overcharging in the medical sector, but we are encouraged by the fact that [in Singapore at the moment],  there is a panel reviewing hospital pricing, which is due to report its findings soon,” Dickman adds.

Alan Chun, chief executive of April Assistance, Singapore, added that the Ministry of Health’s new data on medical expenses would be welcome, as it would help to educate markets that need to learn what is happening with respect to “ever-rising medical expenses and inflation”.

“Insisting the client always pays part of the cost risks admitting there is a failure in the system,” he added.

“We also believe there needs to be tighter control, to weed out fraudulent claims, which are still sadly feature of the system.

“It is the vulnerable patient who needs protecting at this point.”

The problem isn’t limited to Singapore, of course, as the Health Insurance Group, a UK-based iPMI broker, pointed out in February. It said a 10% to 15% increase in the cost of iPMI, year-on-year, had become “normal” and was now seen to be expected; and “and many companies have recently been faced with even greater increases”, many of which have not always been foreseen.

More information on Singapore’s Integrated Shield Plans and MediShield Life-linked health insurance products may be found on the Singapore Ministry of Health’s website by clicking here.

DeVere: Personal finance should be on curriculum as a standalone subject 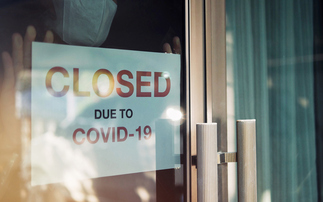