Ten months after it published what it called the world’s “first truly international IFRS Standard for insurance contracts”, the IFRS Foundation is ramping up its activities aimed at helping insurance companies and other industry stakeholders to prepare for what is officially known as IFRS 17.

The London-based organisation, which wraps around the International Accounting Standards Board (IASB), has posted  a two-minute explanatory video  on YouTube (pictured above), published various documents on its website that detail the new standard and attempt to answer in advance all the potential questions insurance industry experts and investors are likely to have, and is holding events in cities to which insurance industry players and others are being invited, according to a spokesperson for the IFRS Foundation.

The IFRS Foundation and the Canadian Accounting Standards Board have also co-hosted an IFRS17 educational webinar which was specifically aimed at investors.

As reported here last May, IFRS 17 replaces IFRS4, which was brought in as an interim standard in 2004, and, the IASB says, is designed to help investors and others better understand insurers’ risk exposure, profitability and financial position.

IFRS 17 has an effective date of 1 January 2021, but companies may apply it earlier if they wish.

The idea behind the new standard is that it is to be adopted automatically by all of the more than 125 countries that thus far have agreed to conform to the global accounting standard known as the International Financial Reporting Standards, or IFRS, since it was first conceived in the early years of this century.

That said, even the existing IFRS is considered a step too far for some countries in its current form – the US, for example, has yet to adopt it in spite of 15 years of negotiations thus far.

Against this backdrop, the IFRS Foundation is taking seriously its role in educating what effectively amounts to all of the accounting practitioners in an entire industry – in this case, insurance – as to how they should incorporate the new standard in preparing their employers’ quarterly and annual reports.

At the same time it’s also addressing the need educate those who make use of such quarterly and annual reports to study and compare the performances of insurance companies, for such purposes as deciding whether to buy or sell shares in them or, in some cases, acquire them outright.

One jurisdiction that has formally announced its adoption of IFRS 17 – in the form of HKFRS 17, “a word-for-word adoption of IFRS 17” – is Hong Kong, via the Hong Kong Institute of Certified Public Accountants, which announced the fact in January in a statement on its website addressed to “chief financial officers of Hong Kong authorised insurers”.

“The HKICPA and the IASB recognise the vital role that the Hong Kong insurance industry plays in the global economy, and that HKFRS/IFRS 17 is expected to bring about significant operational and reporting changes and benefits,” the statement said, before going on to invite such CFOs to an event at which the key aspects of the new accounting standard were due to be addressed by HKICPA and IASB representatives.

Among the issues that have been raised about the pending adoption of HKFRS 17 has been the fact that it will reveal the commissions paid by insurers to their bancassurance partners on the sales of their products, a recent article in the Hong Kong press suggested.

What it will do

According to Nick Anderson, an IASB member, IFRS 17 will introduce “fundamental changes to existing insurance accounting practices for some companies”.

“Investors and analysts will need to factor these changes into their analyses, Anderson (pictured below) adds, in an explanation on the IFRS Foundation’s website.

“Although many investors and analysts were consulted during the development of the new Standard, it is important that they become familiar with IFRS 17 now that it has been finalised. For that reason, we will continue to invest considerable resources into meeting and educating investors and other users of financial statements.”

To read what the IFRS Foundation says are the “top five questions” people have about IFRS 17, see page 2 (below). For general information about IFRS 17, including details about how to contact the IFRS 17 “implementation team”,  click here.

Not necessarily. Insurers’ dividend payouts are affected by several factors, such as regulatory capital requirements, capital management policies, legally distributable profits and reported profits. IFRS 17 only affects the timing of recognition of profit for insurance services, not the total profit recognised. IFRS 17, therefore, does not change the total dividend distribution capacity of an insurer.

IFRS 17 introduces consistency by requiring insurers to recognise profit as they deliver insurance services. As a result, it is possible that some insurers, when they transition to IFRS 17, may reassess their dividend payment policies in the short-term while they adapt to the change.

2. How can a principle-based Standard like IFRS 17 improve comparability between insurers?

IFRS 17 removes the diversity in accounting for insurance contracts, enabling investors, analysts and others to meaningfully compare insurers.

The existing interim Standard, IFRS 4, allows insurers to account differently for insurance contracts they issue in different countries, even if those contracts are similar. Further, some multinational insurers currently prepare their consolidated financial statements by adding up non-uniform numbers from their subsidiaries.

Like other IFRS Standards, IFRS 17 is principle-based. IFRS Standards encourage companies to use their professional judgement in applying the principles to transactions specific to a company or to an industry to provide a faithful representation of the economics of those transactions.

Although IFRS 17 allows flexibility in determining some components for the measurement of insurance contracts (for example, discount rates), it requires companies to describe and disclose the process for estimating those components. These disclosures will help investors analyse how insurers’ judgements affect comparability between companies.

3. Will IFRS 17 bring global comparability to the insurance sector?

Yes, except for jurisdictions that do not apply IFRS Standards. The main exception relates to the United States.

Some of the proposed changes to US GAAP, if confirmed, are expected to reduce the differences between IFRS 17 and existing US GAAP, including the use of current assumptions. However, the two sets of requirements will remain different.

4. What are the main differences between IFRS 17, regulatory reporting and embedded value reporting?

IFRS 17 and regulatory reporting have different objectives. For example, the European regulation for capital requirements, known as Solvency II, focuses on capital required and is not designed as a performance reporting metric.

However, there are some similarities with IFRS 17 regarding the measurement of insurance contract liabilities, including the use of estimates of future cash flows, discount rates consistent with current rates in the financial markets and adjustments for risk.

The key difference between IFRS 17 and Solvency II is the requirement in IFRS 17 to calculate and maintain a ‘contractual service margin’ – the yet-to-be earned profit that a company recognises in the income statement as it provides the insurance coverage. Solvency II has no equivalent concept.

Embedded value reporting is voluntarily prepared by some insurers to provide information about long-term insurance contracts that is not available in financial statements prepared under IFRS 4. Although useful for many investors, this information is not presented consistently or by all companies.

The information IFRS 17 will provide about the current and future profitability of all long-term insurance contracts will be more comparable than the information provided by embedded value reporting. IFRS 17 information might, in time, replace performance measures computed using embedded value or similar measures.

5. How will removing insurance premiums from the income statement improve comparability?

Insurance revenue will reflect the insurance coverage provided and exclude any deposit components received through premiums.IFRS 17 applies a commonly understood IFRS principle to the accounting for insurance contracts – the recognition of revenue when a service is provided to a customer.

Accordingly, IFRS 17 reduces the differences between the requirements for insurance contracts and those for contracts with customers in other industries.

In addition, many insurers currently present premiums due in full as the top line in the income statement. Those premiums often include deposit components, which are amounts collected from customers that are repaid to them even if an insured event does not occur. 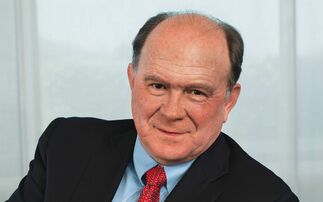