Plans to simply complex inheritance tax rules within the UK have been welcomed by financial services industry commentators.

UK chancellor Philip Hammond has written to the Office of Tax Simplification (OTS) to ask that it looks into overhauling current arrangements to make declaring and paying inheritance tax (IHT) “as smooth as possible”.

Hammond (pictured left) described the existing arrangements as “particularly complex”, though his comments comes less than a year after reforms brought in by his predecessor George Osborne came into effect.

In it, Hammond wrote: “Inheritance tax, and the system within which it operates, is particularly complex and I would like to request that the OTS carry out a review.

“I would be most interested to hear any proposals you may have for simplification, to ensure that the system is fit for purpose and makes the experience of those who interact with it as smooth as possible.”

The letter adds: “It could also look at how current gift rules interact with the wider IHT system, and whether the current framework causes any distortions to taxpayers’ decisions surrounding transfers, investment and other relevant transactions.”

Canada Life International market development manager Neil Jones said that he welcomed the move, saying that the rules were “clearly ripe for simplification”, adding that any proposals to achieve it would be welcome.

He pointed out that recent changes have included the introduction of the residence nil rate band, “which has added to the complexity and left many clients struggling to understand it”.

Advisers should not expect any major reduction in liability for their clients, however, Jones said, saying that expectations for IHT reform “would need to be tempered” by the fact that the Government receives substantial and growing tax receipts from IHT.

But this was not a reason not to push for lower liabilities – they key thing is for clients to take professional advice: “The reality is that some – maybe a lot – of that growth is coming from tax that people don’t necessarily need to pay, if they saw an adviser and formed an appropriate IHT plan for their estate.

“Unless people learn more about taxes and actively plan the future of their estate, the government is in line for a large, ongoing and often unnecessary windfall,” he concluded.

OTS has a ‘golden opportunity’

Rachael Griffin, tax expert at Old Mutual Wealth (OMW), also welcomed the move, saying that “with the weight of the Chancellor behind it, the OTS has a golden opportunity to simplify this complex area of taxation.

Describing the IHT system is “not straightforward”, like Canada Life International’s Jones, Griffin pointed to RNRB as being “one of the best examples of over-complication in death taxes”, and incredibly complicated, causing a lot of confusion.

Alongside RNRB, Griffin said that there is a number of legacy clauses and exemptions that the government could seek to reform.

Similarly with Canada Life International, OMW research found that 70% of people have no idea how the RNRB works, said Griffin, adding that “an easier method to achieve the same goal would be to simply raise the standard nil rate band amount to £1m”.

“The overall policy direction has shifted in recent years towards allowing people to pass on more of their wealth on death, however many people would like to help their families while they are still alive.

“The annual gifting allowance is easily understood and has remained at just £3,000 since 1981.

“If it had increased in line with inflation it would now be worth £10,000.

“Increasing longevity means that men aged 65 will live to 87 and women until so their children will often have to wait till their 50s and 60s before they receive the money which is not when they need help the most.

“For individuals and families that are thinking about estate planning, it is important for them to keep an eye on whether inheritance tax rules do change and make sure they take advice from a professional financial planner to ensure they are making the right arrangements in order to pass on assets to their family tax efficiently.

“An HMRC report published alongside the previous budget shows very few people properly understand the reliefs and exemption available, so it is crucial to take professional advice. A professional financial planner can help families and individuals ensure they are passing on assets to their family tax efficiently.” 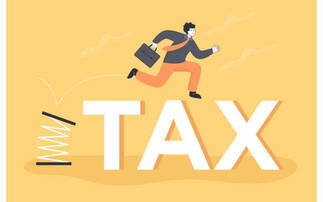 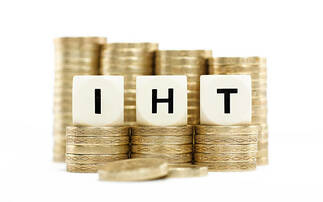