“In the last financial year, the majority of private banking institutions experienced a notable slowdown in AUM growth and a squeeze on operating margins. Among the factors affecting results [have] been volatile markets, and clients hesitating to onboard business at levels previously experienced.

“The results portend tough times ahead for the industry, adjusting to turbulent financial headwinds.”

As the table below shows, Bank of America Merrill Lynch moved into second place in the annual Scorpio Partnership ranking, supplanting Morgan Stanley, which slipped into third place. Credit Suisse remained in fourth place, and Royal Bank of Canada held its position at No. 5 — even though it saw AUM drop by 11.9% in the year ending 2015. Citi retained its sixth place ranking too, even though AUM fell 7.6%.

Down at the lower end of the table, meanwhile, China Merchants Bank leapt six rivals to enter the Top 25 ranking in 20th place, boosted by a 57.8% increase in AUM, while Beijing-based giant ICBC (Industrial and Commercial Bank of China) climbed four rungs to 23rd place, with a 28.9% AUM rise.

One of the trends to emerge from the Scorpio Partnership research was that the world’s 25 largest private banks have been able to increase their share of the total private banking market over the past year, in spite of the challenging market conditions. These 25 institutions were found to hold a 56.3% share of the global HNW market’s assets under management, or around US$11trn, up from  a 55.9% market share in 2014.

“Indeed, the average net new asset growth rate was up 33% from last year’s figures,” Scorpio noted, although “for many [of the banks], this positive news was cancelled out by the fluctuations in the global markets”.

As a group, the top 25 private banks also posted better efficiency ratios than the market average, the Scorpio Partnership data shows, with a 75.1% cost-income ratio, which, Scorpio notes, “is five points better than the all-industry average of 80%”.

However, their overall AUM levels also dropped slightly more than the industry at large during the year.

“While market volatility is a factor, some of this has also been impacted by a number of leading firms undergoing restructures of their divisional reporting lines,” Scorpio said.

“But private banks will now need to become much better informed on what to do next to generate the best outcomes for client experience from a new assets and growth perspective.”

The Scorpio Partnership Global Private Banking Benchmark survey is based on data gathered from a representative sample of wealth management institutions around the world. It specifically looks at data relating to the individual firms’ actively managed, high-net-worth private client assets, including discretionary portfolio management, advisory portfolio management, securities or brokerage accounts, own mutual funds, term deposits, fiduciary deposits, savings accounts and managed trust assets, Scorpio says, with a particular focus on data “relating to [those of the institution’s] private clients who hold more than US$1m, or the local currency equivalent, in  actively managed assets with the firm”, although not all the banks surveyed fully conformed to this methodology.

The full Global Private Banking Benchmark 2016 survey is available for purchase directly from Scorpio Partnership. Details may be found on its website. 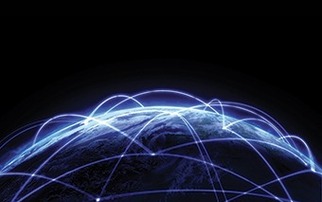