Recently, the Isle of Man has received considerable media attention because of its embracing of the so-called “crypto-currency” industry, but many other jurisdictions are holding back, wary of opening the door to a sector few in government are willing to go on record as saying they fully understand, and can therefore vouch for as being safe and desirable.

In August, meanwhile, came the news that a group of top financial services companies, including BNY Mellon, Deutsche Bank, Santander and UBS, had agreed to work together on developing something called the Utility Settlement Coin, which is basically a form of digital money that is seen as potentially facilitating payment and settlements for institutional financial services markets.

Then, in September, the IoM’s fellow Crown Dependency of Jersey made good on a pledge it made in 2015, and introduced its own virtual currency legislation.

Below, Johns and Meacher (both pictured below) consider what this new Jersey legislation does – and does not – allow, and the benefits it is likely to bring to the island.

In the emerging world of virtual currency trading, those who provide virtual currency exchange services, known as “exchangers”, face a unique challenge. This is because they operate at the interface between the “physical” and the “virtual” value chains, where virtual money, such as Bitcoin, is exchanged for tangible, so-called “fiat” money, and vice versa.

Even to many of those who work in financial services, this is deeply unfamiliar territory, like some remote outpost in Africa.

Against this backdrop, then, something formally known as “Proceeds of Crime (Miscellaneous Amendments) (Jersey) Regulations 2016” came into force in Jersey on 26 September, followed by the “Proceeds of Crime (Supervisory Bodies) (Virtual Currency Exchange Business) (Exemption) (Jersey) Order 2016”.

And these new regulations came into force, for the first time in the island’s long history, virtual currency exchangers were formally brought within the ambit of Jersey’s anti-money laundering legislation.

Under the new regulations, exchangers, like other financial services businesses on the island, must comply with all of its laws, regulations, policies and procedures that are aimed at preventing and detecting money laundering and terrorist financing.

The regulations basically make the exchanging of virtual currencies a “supervised business”, and require exchangers to register with, and fall under the supervision of, the Jersey Financial Services Commission (JFSC).

A second part of the process effectively creates an innovative “regulatory sandbox”, whereby exchangers with annual turnovers of less than £150,000 will be able to test their virtual currency exchange delivery mechanisms in a live environment, without the normal registration requirements and associated costs.

As such, the regulations offer a measured approach to risk, create further opportunities for Jersey’s burgeoning and competitively important fintech community, and place Jersey at the forefront of regulatory development in this sector.

Background to
virtual currencies
“Fiat currencies”, such as the pound and the euro, are paper-based means of exchange that a government, state or collection of countries (such as the European Union) have declared to be legal tender, but which are not backed by a physical commodity.

The value of fiat money is derived from the relationship between supply and demand, rather than from the value of the material that the money is made of.

Most modern paper/plastic currencies are fiat currencies; they have no intrinsic value, and are used solely as a means of payment.

“Virtual currencies”, on the other hand, have no physical presence. They are, as the name implies, virtual, and exist only on a digital, distributed decentralised network called a blockchain.

In essence, each virtual currency is a collection of concepts and technologies that form the basis of a digital money ecosystem.

Each unit of virtual currency (such as Bitcoin, Ether or Ripple, for example) is used to store and transmit value among participants in a particular blockchain.

Virtual currencies use cryptography for security, making them incredibly difficult to counterfeit or hack. Importantly, virtual currencies are not issued by any central authority, although this is likely to change in the future.

A study published in September by Juniper Research, for example, speculated that transaction values in Bitcoin may treble, to US$92bn, in 2016. Meanwhile, Japan’s leading Bitcoin exchanger has announced that it has surpassed 200,000 customers a month, rising tenfold in 12 months.

Currency or
commodity?
The nature of virtual currencies is complex, and presents challenges to regulators. This is because regulation is necessary to ensure virtual currencies are not used to facilitate money laundering and terrorism activities, as well as to give regulators associated monitoring, investigatory and preventative powers.

As a result, regulating virtual currencies is difficult.

The key issue is this: how does a centralised government system regulate an application that exists on a decentralised, deliberately anonymous technology platform (blockchain), which has no obvious rules that govern it?

The starting point for addressing the question of regulation is determining the nature of the “application” in this context. Should virtual currency properly be regarded as a currency, or a commodity?

Globally, it seems we have yet to reach a consensus on the answer to this fundamental question.

In the US, for example, the US Treasury has historically taken the view that Bitcoin is a form of currency, even though a Florida circuit court judge recently held that Bitcoin is not “real money”.

With this lack of consensus on the nature of virtual currencies, it is perhaps no surprise that a consistent approach to their regulation has yet to emerge. Two main possibilities persist: to categorise virtual currencies in a way that folds them into existing statutory regimes; or to introduce new regulations focussing specifically on virtual currency.

Jersey’s regulatory approach
Consistent with the European and UK approach, the new virtual currency regulations adopted in Jersey amend Jersey’s 1999 Proceeds of Crime (Jersey) Law, to provide for virtual currency to be categorised as a form of currency.

And by treating virtual currency as a currency rather than as a commodity, Jersey’s approach has been to regulate virtual currency within its current statutory regime.
Exchangers will be subject to the existing money-laundering rules, and will be required to adopt policies and procedures to prevent and detect money laundering and terrorist financing.

Similarly, businesses trading in goods worth at least €15,000 per transaction that receive payment in virtual currency have been brought within the same legislative regime applicable to so-called “high value dealers”, under the same 1999 law.

The ultimate effect is that the JFSC will maintain overall supervisory and investigative powers in relation to any “exempt exchangers” operating on the island; yet at the same time, a “safe harbour”, or “regulatory sandbox” has been created for them, in which they can test innovative products, services, business models and delivery mechanisms in a live environment, without immediately being subject to the usual costs associated with obtaining registered status.

This is expected to greatly reduce the initial burden associated with developing a virtual currency exchange platform through the testing and start-up implementation phases.

It is, therefore, extremely innovative.

By establishing a £150,000 economic threshold for exchangers, the new Jersey legislation creates a fair balance between giving innovators the chance to explore the opportunities created by virtual currencies, while at the same time retaining a measured regulatory approach.

Sara Johns is a corporate partner and specialist in digital and competition law in the Jersey office of Ogier, the international law firm, while Steven Meacher is an associate on the firm’s banking and finance team. This article first appeared in the December 2016/January 2017 issue of International Investment. 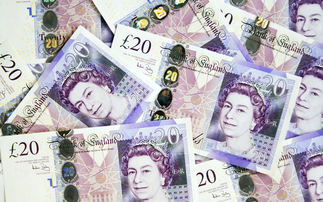 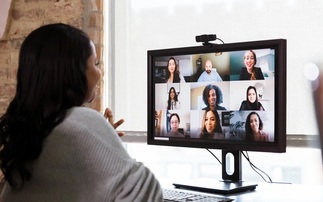