Securities lending - the dark side of mutual funds

From my point of view, this discussion did not go far enough, since securities lending is not done only by ETFs. The vast majority of securities-lending activity is done by actively managed mutual funds, since the overall assets under management are much higher in this market segment.

Is securities lending bad for the investor?

Don’t get me wrong, securities lending is not bad per se, but one needs to think twice about getting a fund involved in this kind of activity, since it can have negative impacts on the fund’s performance.

The first point to take into consideration is that most counterparties that lend securities use them to build short positions. If this works, the fund and therefore the shareholder of the fund will face a loss on the given position, since it is still a long position for the portfolio. This raises the question of whether securities lending is in the best interest of the fund owner/investor, since the loss might have a higher negative impact on the fund’s performance than what the lending fee adds on the positive side.

Income from securities lending as a source of return

The income from securities lending is the second point one needs to take into consideration, since the fund does not benefit from the full lending fee. Even though the fund and therefore the investor bear the full risk of the default of a borrower, the lending fee is normally shared between the investor and the fund promoter. Securities-lending activities offer a free lunch to fund promoters, since they get return without bearing any risk. This stream of risk-free cash might be one of the reasons iShares has scrapped its restrictions on securities lending. iShares has lowered dramatically the management fees for some of its ETFs on major market indices to compete with Vanguard in Europe. This means the revenue of iShares and therefore the revenue of the asset manager, BlackRock, might have decreased, and they may want to regain profit by increasing their securities-lending activity–one of the easiest ways to achieve this goal.

I think it would be much fairer if the fund promoter got a fixed handling fee for its involvement in the securities-lending activities of the fund instead of a large percentage of the overall income generated by these activities. Again, the fund promoter does not bear any risk and should therefore receive only a small part of the income. An investor should carefully read the annual report of the fund, especially where it is stated how much revenue the fund has made from securities lending and how much of this revenue has been paid to the fund promoter.

Collateral as an additional source of risk

One may argue that the investor bears no risk from securities-lending activities, since normally all transactions are secured by collateral. That is right, and in most cases these transactions are even over-collateralized. But, since the current regulations on which securities can be used as collateral are rather weak, some market participants may use the collateral to offload toxic or illiquid paper from their balance sheet. If a bank wants to reduce risk on its balance sheet, it may borrow some government bonds from a fund and return unrated or other risky assets as collateral to the lender. This may not look like a serious issue for fund shareholders at first sight, since they won’t own this paper as long as the borrower does not default. But if there is a default, it would be questionable whether all the securities within the collateral are liquid and at what price they can be sold to pay the dues. In this case even an over-collateralization might not protect the investor from a loss in the net asset value of the fund.

But it is not only liquidity that makes a market efficient. In addition, the different market participants need to have the ability to “bet” against a security, if the valuation seems to be too high. In this regard, securities lending does help increase the efficiency of markets, since short selling has the effect of bringing down the price of a security. The strategy of a short seller is to search for securities that seem to be overvalued and try to bring the price of the security to a lower level, i.e., a price that is closer to the real value of the security.

From my point of view, the idea of securities lending is not bad at all. But to follow this strategy with securities held in a mutual fund, which is owned by long-term retail investors who can’t evaluate the risk of this kind of activity is a bad idea, especially when the revenue from securities lending is shared between the fund promoter and the investor.

Again, I don’t think securities lending is necessarily a bad thing, but investors in a fund should know about these activities before they buy the product. Regulators should force fund promoters to disclose in the key investor information document (KIID) whether they are doing securities lending or not and how the revenues are shared. In addition, the regulator should set clear guidelines on the quality of the securities used as collateral, since this could decrease the level of risk for the investor.

It would be helpful for the investor if all funds and not only ETFs would disclose on their website the collateral they accept for the securities they lend out. This would help fund selectors and investors make educated decisions on the risk they might have from securities lending within the fund and would lead to more educated decisions in the fund selection process. Even though some promoters may find this level of transparency hard to achieve, investors should claim a need for this information; they own the assets of the fund and the promoter is the fiduciary who should act in the best interests of the investor.

On the other hand, it might be possible that regulators should ban all securities-lending activities from retail mutual funds, if fund promoters are not willing to disclose all the information needed by investors to make a proper evaluation of a mutual fund.

After the financial crisis of 2008 investors have become very cautious on the use of derivatives, securities lending, and the involved collateral of mutual funds. I could imagine that it might be a competitive advantage for an asset manager to not be employing any of these techniques when the next crisis hits the market.

Detlef Glow is  head of Lipper EMEA Research. The views expressed are the views of the author, not necessarily those of Thomson Reuters 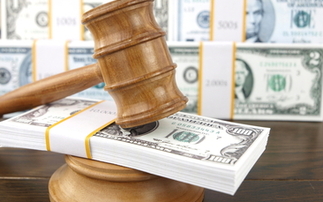